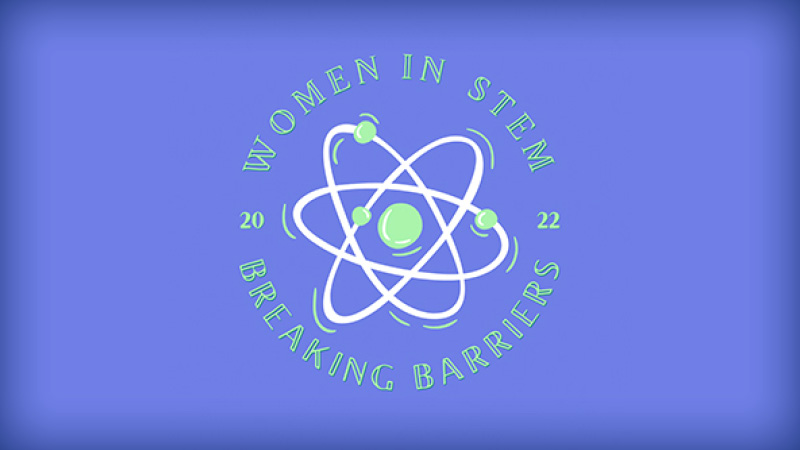 The April 7-8 conference featured dozens of speakers in 28 sessions. The event focused once again on helping participants navigate career paths, from high school to undergraduate and graduate education, as well as post-graduation careers.

This year’s WiSTEM planning team consisted of students from various departments within the UCLA Samueli School of Engineering as well as students in the physical sciences at UCLA and Brown University. The group sought to expand programming for this year’s conference by bringing in new speakers and topics.

“We’re trying to approach some of these topics from a different viewpoint and a different lens so that we can get a fuller picture for individuals to try to get lessons or potential opportunities,” said Maggie Fox, a UCLA materials science engineering Ph.D. student and the head coordinator of the event.

“We’re trying to approach some of these topics from a different viewpoint and a different lens so that we can get a fuller picture for individuals to try to get lessons or potential opportunities,” said Maggie Fox.

WiSTEM 2022 began with an introduction from UCLA Samueli’s Ronald and Valerie Sugar Dean Jayathi Murthy. A highly accomplished engineer herself, Murthy shared with the attendees her experience as an engineering student in India, where she faced challenges as one of the few women in the engineering program.

“Some of you [might] have seen that movie ‘Hidden Figures’ – Katherine Johnson having to run half a mile to use the bathroom – that was my experience while I was an undergraduate,” Murthy said.

Since becoming dean, Murthy said she’s made it her goal to continue to expand access to engineering for underrepresented groups through initiatives like WE@UCLA to encourage more women to pursue a career in STEM.

“Remember that true inclusion is deeper than just numbers,” she said, driving home her message on inclusion and access in engineering and computer science. “Remember those whose shoulders we stand on today and pay it forward for those who will follow.”

This year’s keynote speaker, the Hon. Heidi Shyu M.S. ’81, Engr. ’82, has had an illustrious career in both industry and public service. She currently serves as the United States Department of Defense undersecretary for research and engineering in the Biden administration, making her the highest-ranking Asian American civilian in Pentagon.

In her position, Shyu has interacted with high-ranking officials from around the world, and recently she met with her counterparts from the United Kingdom and Australia, who are also women.

“The fact that three women can be the defense chief technology officers of their nations shows that women have come far,” Shyu said. “Celebrate women in leadership roles like these; I know it’s not always easy to get there.”

Shyu also served as the assistant secretary of the U.S. Army for acquisition, logistics and technology in the Department of Defense under the Obama administration from 2012-2016. Working in high profile positions in the Department of Defense requires Shyu to be in the public spotlight while working with a broad range of technology, but she viewed the experiences as her chance to show her gratitude.

“This country has given me so many opportunities to excel in my career; it was time to give back,” Heidi Shyu said.

“This country has given me so many opportunities to excel in my career; it was time to give back,” Shyu said.

Early in her engineering career, Shyu said she had to work above and beyond in order to earn respect from her male colleagues, citing one project in which she had to take a lot of risks to make a prototype conform to specifications so demanding that her colleagues told her it couldn’t be done.

“We did what was deemed to be … mission impossible,” Shyu said.

The second day of the conference featured researchers from as far away as Norway, with panels and breakout sessions on navigating graduate schools and career networking.

Both days of the conference centered around equity, diversity and inclusion, with workshops on intersectionality, allyship and microaggressions. It was important to open discussion for understanding identities beyond a single axis of representation, said Anaelia Ovalles, a computer science Ph.D. student at UCLA and the diversity, equity and inclusion chair for the conference.

“Regardless of the ‘how,’ our ‘why’ [for EDI programs] remains the same: to open up productive knowledge exchange from various walks of life, to expand and even challenge our current beliefs about the ways we may best carry and support not only ourselves but also each other in the sciences,” Ovalles said.

Now that the conference has been established as an annual event, the WiSTEM organizers look forward to expanding programming and hosting in-person events for future WiSTEM conferences.