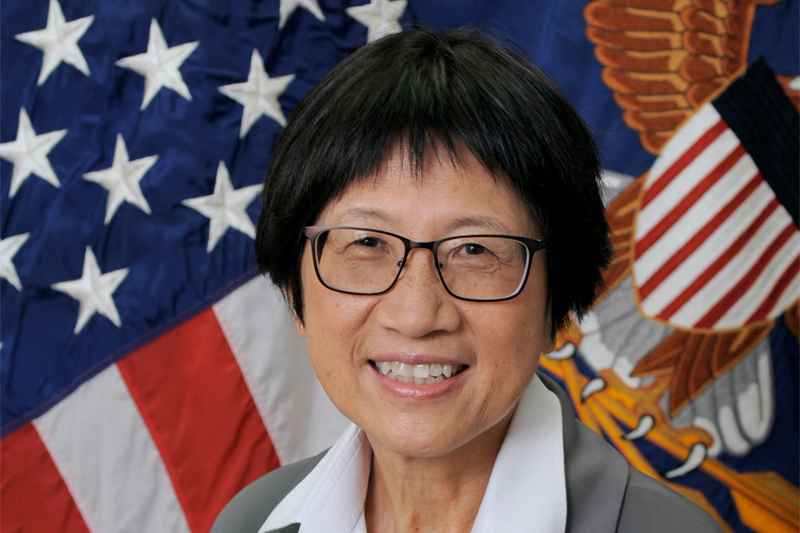 In her new position, Shyu M.S. ’81, Engr. ’82, will focus on spearheading DOD innovation as well as rethinking the department’s internal investment strategies to enable increased development of new technologies.

Shyu has been an active supporter of the UCLA Samueli School of Engineering, serving as a member of the Dean’s Executive Board, a position she held until the DOD appointment required her to resign from all boards and consulting posts.

“We are extremely proud to have one of our distinguished alumni in this important and visible role,” said Jayathi Murthy, the Ronald and Valerie Sugar Dean at UCLA Samueli. “I want to thank Heidi for her invaluable service on our board over the years and look forward to her leadership of the nation’s top defense research and engineering program.”

Speaking before the Senate Armed Services Committee at her confirmation hearing in May, Shyu emphasized the importance of innovation and collaboration in keeping the DOD at the cutting edge of technological advancement.

As undersecretary, Shyu hopes to continue the DOD’s work with the commercial sector while also encouraging new research tailored to the department’s unique needs that may not be addressed by efforts in private industry.

“Where shifting away from legacy platforms is challenging, DOD should look for opportunities to insert the innovative technologies by leveraging modular open architectures and standard interfaces,” Shyu said.

Shyu immigrated to the U.S. from Taiwan when she was 11 years old. Her father was a historian in China and her grandfather was a warplane pilot in the Second Sino-Japanese War before the entire family fled to Taiwan during the Chinese Civil War.

Shyu often reflects on her grandmother’s determination to pursue an education past elementary school and how this drive inspired her to reach great heights in her own career.

“My late grandmother, who passed away at the age of 103, told me, ‘Don’t stop working and make something of yourself,’” Shyu said at her Senate confirmation hearing.

Shyu worked as an engineer at Hughes Aircraft and at Raytheon before embarking on her career in government. At Raytheon, she held several senior leadership positions, including vice president of technology strategy for space and airborne systems.

In 2012, President Barack Obama nominated Shyu to be assistant secretary of the U.S. Army for acquisition, logistics and technology. Shyu provided oversight for four years on the sustainment of weapons systems and equipment, including research and development as well as acquisition, logistics, fielding and disposition.

Prior to her appointment as assistant secretary, Shyu served as vice chair and chair of the U.S. Air Force Scientific Advisory Board. She offered insights on sensor technologies, electronic warfare, satellite communications, and defense against aircraft and missiles.

In 2019, Shyu was elected to the National Academy of Engineering — one of the highest honors bestowed upon an American engineer — for the development of innovative radar, electro-optics and infrared systems for the Army and Air Force. In 2014, she received the UCLA Samueli Professional Achievement Award and was the 2018 UCLA Samueli commencement speaker.