What began with a home-made radio, became a multi-billion dollar industry.

Henry Samueli is more than the namesake of our school. Student. Teacher. Inventor. Entrepreneur. His life story provides a shining example of everything a career in engineering can mean.

The son of Jewish immigrant parents, Samueli grew up in Los Angeles and spent much of his free time as a child helping out in his parents’ modest liquor store. A pivotal moment arrived in a 7th grade shop class.

“In lieu of the assigned class project, I asked the teacher if I could build a Heathkit AM/FM shortwave radio,” recalls Samueli. “I built it, and at the end of the semester I plugged it in and music came out, and I was astounded. From that point on I knew I wanted to be an electrical engineer. Because I was determined to figure out how that radio worked.”

He would go on to figure out how the radio worked and much more, revolutionizing radio communications along the way. 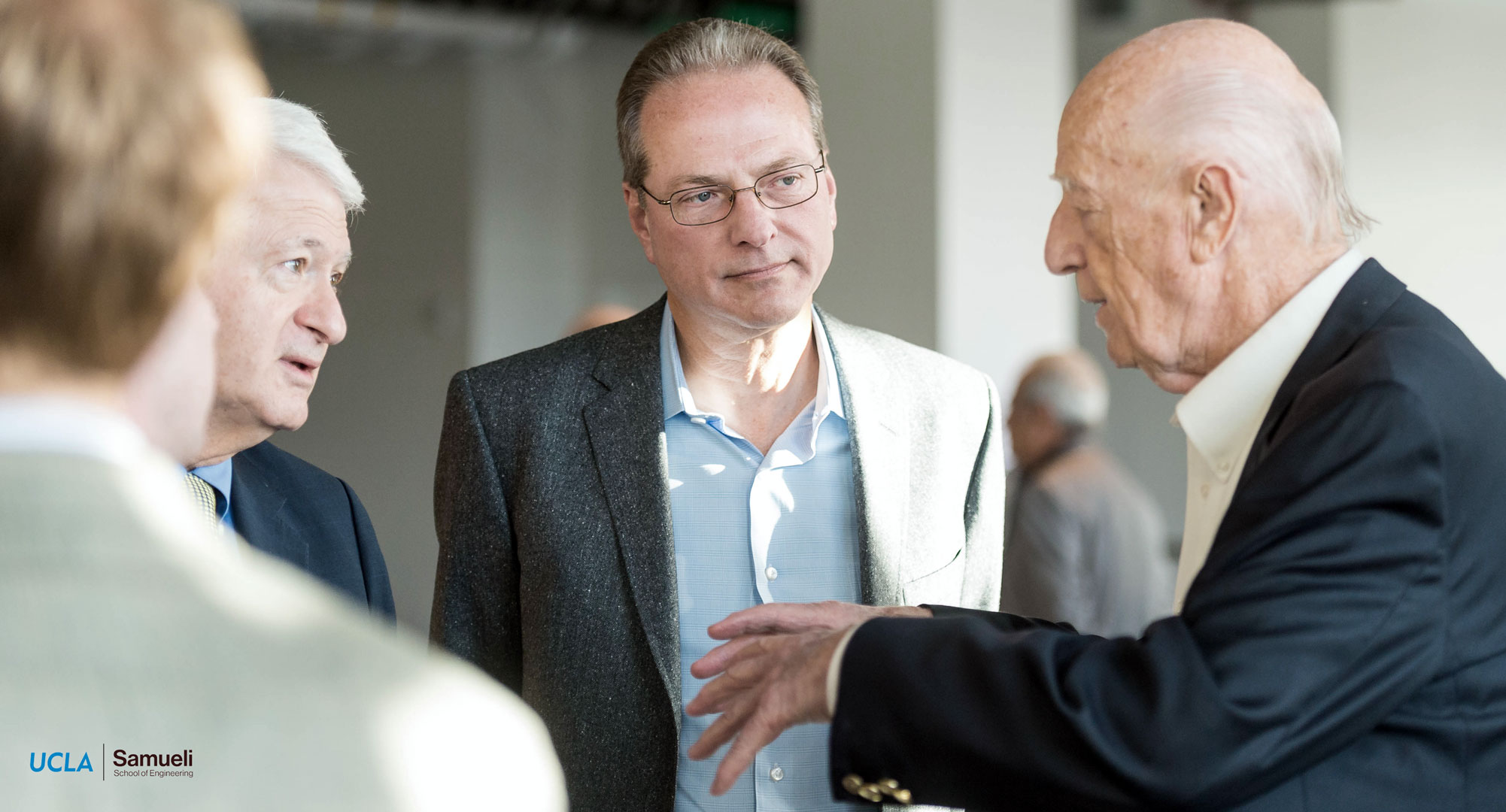 Following high school, Samueli attended UCLA’s School of Engineering, where he earned bachelor’s, master’s and Ph.D. degrees. After a stint in the defense industry, Samueli came back to UCLA, this time to teach. 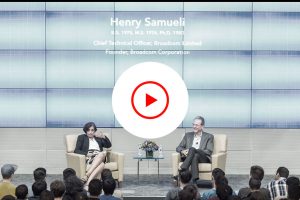 As a professor at UCLA, he would inspire his students to greater heights by sharing his unique worldview. “Being an engineer is very meaningful … making peoples lives better (by) applying math and science.”

His position at UCLA also allowed him to pursue his passion for research in broadband communications circuits and digital signal processing. Breakthroughs in this research eventually led Samueli, and one of his Ph.D. Students, Henry Nicholas, to found Broadcom Corporation in 1991. The company grew rapidly and today, following a merger with Avago Technologies in 2016, generates $18 billion in annual revenue.

“We literally changed the world,” states Samueli. “As far as broadband digital communications…WiFi, Bluetooth …we were the pioneers of that. If you look at the career path I’ve chosen, it would not have been possible without the electrical engineering education that I received from UCLA.”

Broadcom’s success has provided Samueli the opportunity to support many nonprofit organizations. Since the company’s initial public offering in 1998, the nonprofit foundation run by Samueli and his wife Susan has granted over $500 million in gifts in the areas of education, health, social services, and the arts.

“Because Broadcom was so successful,” adds Samueli, “we were able to create a foundation that enabled us to give back…and say thank-you. One of our largest initial gifts was back to UCLA to endow the school of engineering. It was (then) named after me, which was an amazing honor.”

Samueli maintains his position as a UCLA faculty member, though on leave. And he maintains his interest in the next generation of students, and inventors.

“Engineers make great professionals because of the unique problem-solving skills that you acquire,” he says. “Apply that training to almost any field, get that training in STEM as an undergraduate and it will almost guarantee your success.”

Recognition: The University of California awarded Samueli the Presidential Medal, the IEEE Circuits and Systems Society Industrial Pioneer Award, and the UCLA School of Engineering and Applied Science Alumnus of the Year Award. Named Fellow of the Institute of Electrical and Electronics Engineers (IEEE) in 2000, a member of the National Academy of Engineering in 2003, and a Fellow of the American Academy of Arts and Sciences in 2004. Dr. Samueli serves on the UC President’s Board on Science and Innovation, is Chair of the UCLA Chancellor’s Competitiveness Council and serves on the Dean’s Executive Board at UCLA Samueli.