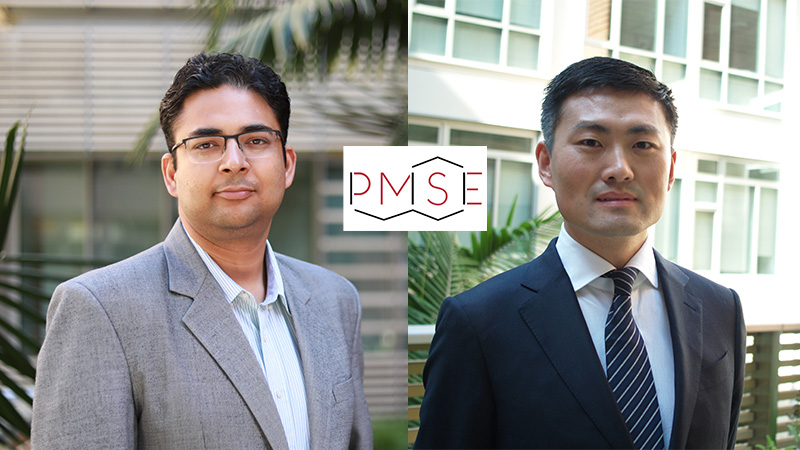 The award recognizes early career researchers who have had a significant impact in polymer science and engineering.

Srivastava leads a research group that engineers soft materials capable of self-assembly through the design and synthesis of their constituent molecules, with a particular focus on the role of electrostatic interactions in influencing self-assembly. His research has applications in consumer products — such as cosmetics, adhesives and coatings — as well as in the biomedical and biochemical industries, construction materials and 3D (bio) printing.

Srivastava’s previous honors include the National Science Foundation’s CAREER Award and the 35 Under 35 Award from the American Institute of Chemical Engineers.

Chen leads the Wearable Bioelectronics Research Group focused on nanotechnology and bioelectronics for energy, sensing and therapeutic applications in the form of smart textiles, wearables and body area networks. One of his group’s recent projects involved using the magnetoelastic effect in a soft polymer system for novel bioelectronics, which can be used for wearable diagnostic sensors.

Chen has been named a UCLA Hellman Fellow, a fellow of the International Association of Advanced Materials, a Highly Cited Researcher by Clarivate Web of Science and is a recipient of the Materials Today Rising Star Award.