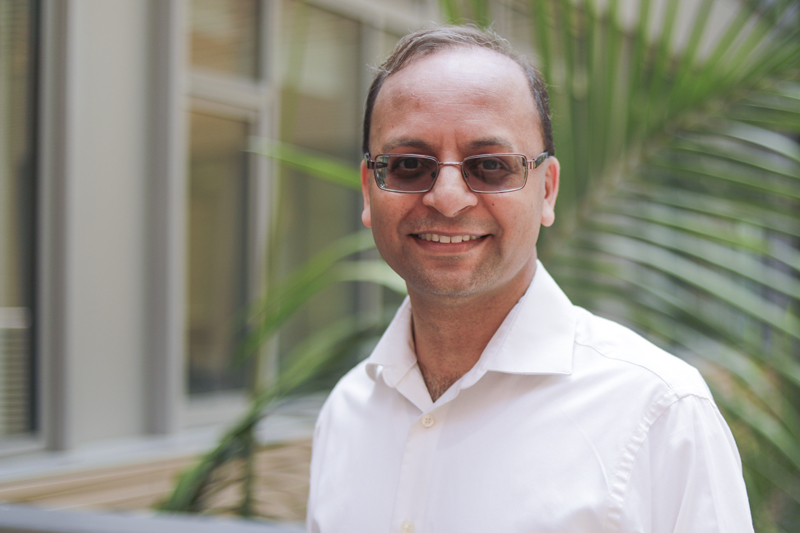 Amit Sahai, UCLA’s Symantec Professor of Computer Science, has been named a 2021 Simons Investigator, one of the most prestigious recognitions for faculty members in the prime of their research careers.

The Simons Foundation announced Monday its 16 new investigators in mathematics, physics, astrophysics and computer science from a targeted list of institutions in the U.S., Canada, the United Kingdom and Ireland.

The award provides each appointee $100,000 annually for five years to “support outstanding theoretical scientists in their most productive years, when they are establishing creative new research directions, providing leadership to the field and effectively mentoring junior scientists.”

The appointment is renewable for a second five-year term pending evaluation of an investigator’s scientific impact. Each investigator’s department also receives $10,000 per year, while their institution is awarded additional compensations up to 20% in indirect costs.

Sahai is a theoretical computer scientist at the UCLA Samueli School of Engineering. He specializes in cryptography research enabling both secure data sharing and secure data computations. For more than two decades, he has spearheaded research exploring the concept of program obfuscation — the notion of making a computer program unintelligible while preserving its functionality.

In 2013, Sahai and several colleagues made a pioneering breakthrough using new mathematics they developed for program obfuscation. Any attempt at gleaning information from the source would require solving a series of new multilinear jigsaw puzzles that guard the program’s inner workings.

“What we don’t understand about program obfuscation still far exceeds what we do know. I’m grateful to the Simons Foundation for supporting and believing in this line of inquiry,” Sahai said.

In subsequent research, however, Sahai discovered that sometimes those new mathematical puzzles were not as difficult to solve as expected. In 2020, a joint project sponsored by NTT Research with Sahai, his former doctoral student Aayush Jain and professor Huijia Lin at University of Washington solved the 20-year-old problem of indistinguishability obfuscation. The new mathematical puzzles required to break their encryption have frustrated mathematicians for decades. The research was published on the Electronic Colloquium on Computational Complexity, the IACR ePrint server and arXiv.

The finding garnered extensive media attention, including Forbes and Wired. Quanta Magazine called it an achievement of the “crown jewel of cryptography.” This work also led to a Best Paper Award at the 2021 Symposium on the Theory of Computing (STOC), an annual conference organized by the Association for Computing Machinery (ACM).

“While it has been very satisfying to get these results over the past several years, we are still just getting started,” Sahai said. “What we don’t understand about program obfuscation still far exceeds what we do know. I’m grateful to the Simons Foundation for supporting and believing in this line of inquiry.”

Sahai is also the director of the Center for Encrypted Functionalities, which was established through a FRONTIER award from the National Science Foundation. He is a fellow of the ACM and the International Association for Cryptologic Research, and has been awarded UCLA Samueli’s Lockheed Martin Excellence in Teaching Award. He joined UCLA in 2004 after starting his academic career at Princeton University.