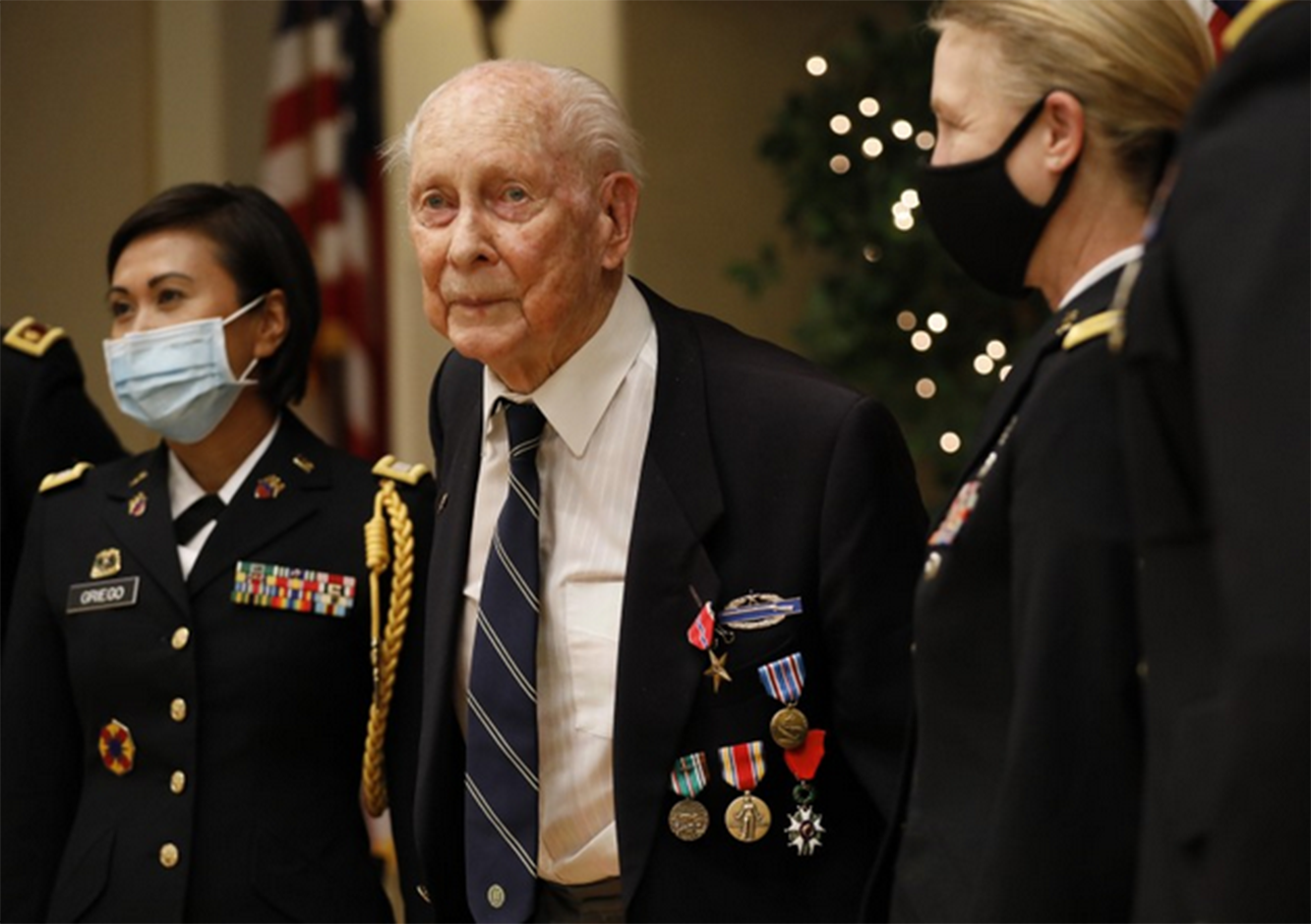 Prior to his 35-year tenure at UCLA Samueli, Chemical Engineering Professor Emeritus Eldon Knuth helped liberate the city of Metz, France, while serving in the U.S. Army during World War II.

On Wednesday, Maj. Gen. Laura L. Yeager, commander of the 40th Infantry Division, presented Knuth with a Bronze Star for his meritorious service during combat. The Los Angeles Times wrote about Knuth and the award presentation. The Times’ story is available on its website.

In 2019, nearly 75 years after his wartime service, the French government appointed Knuth a Knight in the French National Legion of Honor and awarded him the corresponding medal. UCLA Samueli profiled his lifetime achievements in this story on the school website.