Capped by emotional speeches from the Alumnus of the Year and the Lifetime Contribution Award honoree, the 2018 UCLA Engineering Awards Dinner honored the very best of the school’s alumni, students and faculty on March 3.

The annual celebration was held March 3 at the Meyer & Renee Luskin Conference Center on the UCLA campus.

“These individuals are trailblazers,” said Jayathi Murthy, the Ronald and Valerie Sugar Dean of the UCLA Samueli School of Engineering, at the start of the program. “They set new standards for what it means to be really good at what you do.”

The Alumnus of the Year was Reza Rofougaran ’86, MS ’88, PhD ’88, a pioneering figure in the wireless communications industry and a prolific inventor.

“He was the first one to conceive the idea of a single chip radio that would handle interconnectivity,” said Abidi, in a video tribute shown before Dean Murthy presented the award. “We would not have smart phones, we would not have WiFi chips in our computers, we would not have this mobile access that everybody in the world relies upon today. It has revolutionized everything.”

This major innovation attracted the attention of Broadcom, which acquired the company in 2000.

Today Rofougaran is the co-founder and chief technical officer of Movandi, a venture-backed startup working to harness the potential of millimeter-wave technology for 5G communications. In just a few decades of work, Rofougaran has become one of the world’s most prolific inventors, with more than 800 U.S. patents issued to his name.

The Lifetime Contribution Award winner was Leslie Lackman, whose accomplished career in the aerospace and defense industry was highlighted by his role as the vice president and general manager of Rockwell’s North American Aerospace Division in the 1990s. He led the division during a critical transition phase following its acquisition by Boeing.

Prior to that role, he was the company’s vice president for advanced programs. He led an international team that developed an advanced flight control system for controllable flight at high angle of attack. The team’s record-setting aircraft, called the X-31, used thrust vectoring for these advanced capabilities. This feature is now standard on modern fighter jets.

Lackman was also the chief engineer on the B-1B bomber, one of the workhorses of the U.S. Air Force.

Since his retirement in 1998, Lackman has been an adjunct professor in mechanical and aerospace engineering. Lackman is also the director of the school’s Engineering Management specialization in the school’s highly ranked Master’s of Science Online program.

Leslie Momoda ’85, MS ’87, PhD ’90 received the Alumni Professional Achievement Award. Since 2013, Momoda has been the vice president for strategy at HRL, one of the world’s leading research labs. Prior to that role, she was the director of its Sensors and Materials Laboratory, leading a team of 80 researchers on breakthrough projects across several areas.

Zhiru Zhang MS ’03, PhD ’07 received the Rising Professional Alumni Award. Zhang is an assistant professor of computer science at Cornell University. Prior to his career in academia, he was the co-founder of AutoESL Technologies, whose product was a breakthrough tool that automated integrated circuit design. The company was acquired by Xilinx in 2011.

Helen Durand ’11, MS ’14, PhD ’17 was the outstanding doctoral student. She received all three of her degrees in chemical engineering. Durand is an assistant professor of chemical engineering and materials science at Wayne State University, in Detroit.

Ali Hatamizadeh MS ’17 was the outstanding master’s student. Hatamizadeh received his degree in mechanical engineering. He is pursuing his Ph.D. at UCLA and recently moved to computer science.

Iris Cong ’17, who received her degree in computer science, was the outstanding bachelor’s student. She is a graduate student in physics at Harvard University.

The evening started with a new highlights video highlighting the “Problem Solvers of UCLA Samueli.” It featured Eleazar Eskin, professor of computer science and human genetics, on finding a genetic basis for diseases; Joshua Abraham, a chemical engineering undergraduate student, who spearheaded an audit of the volume and composition of campus waste; and Erin Askounis, a materials science graduate student working on flexible materials to implant in brain tissue. 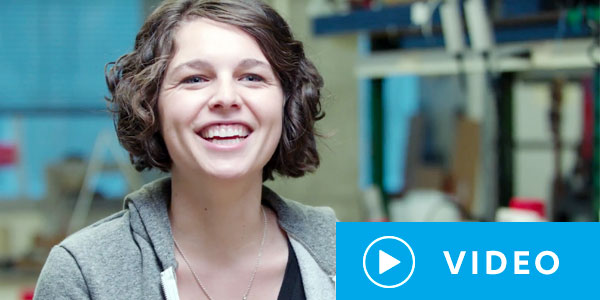 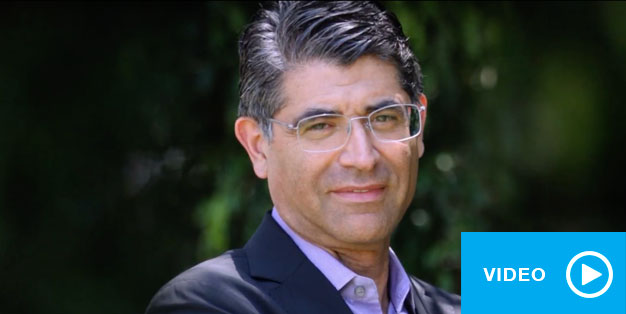 2018 Alumnus of the Year: Reza Rofougaran 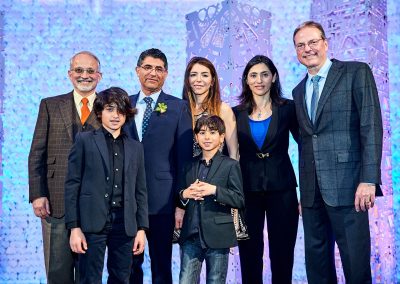 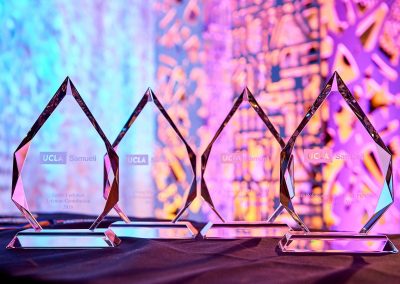 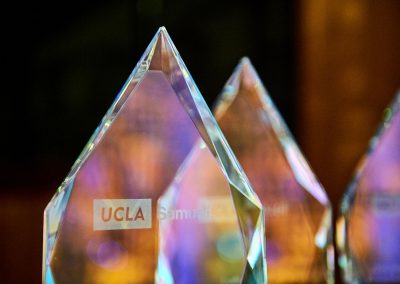 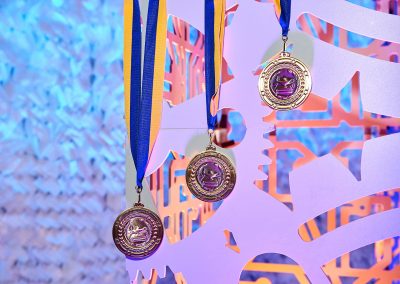 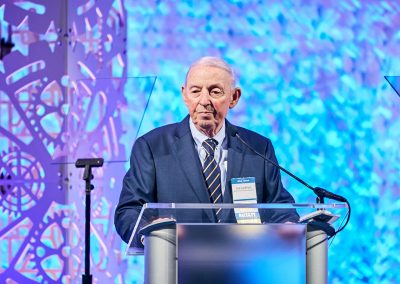 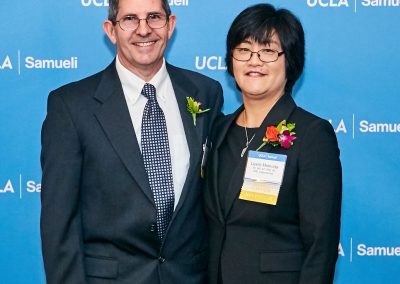 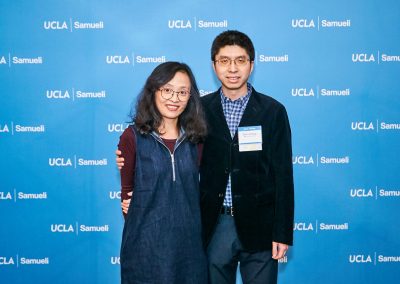 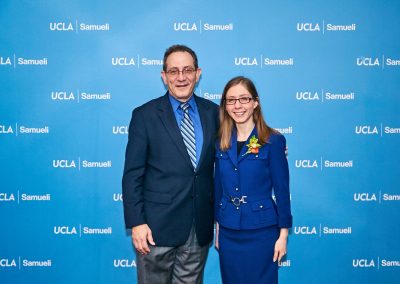 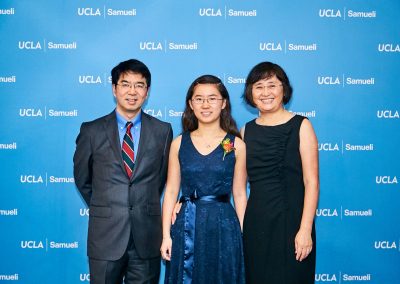 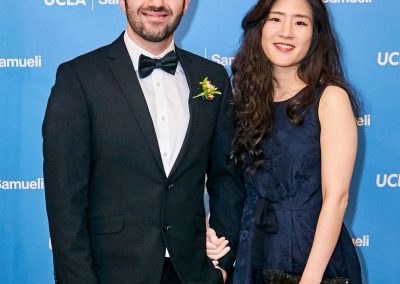 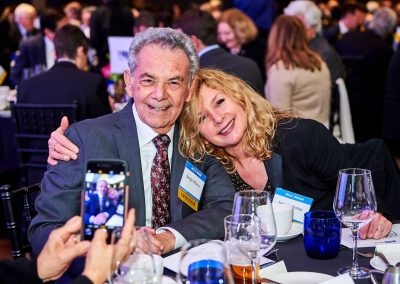 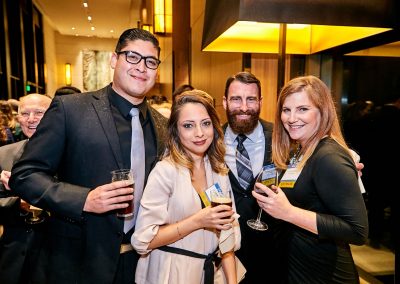 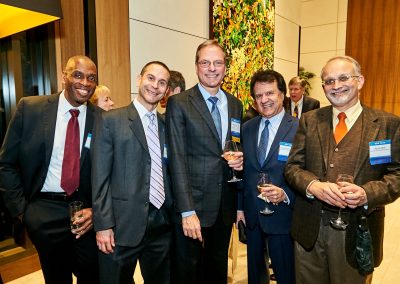 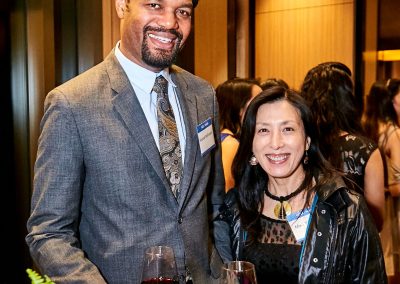 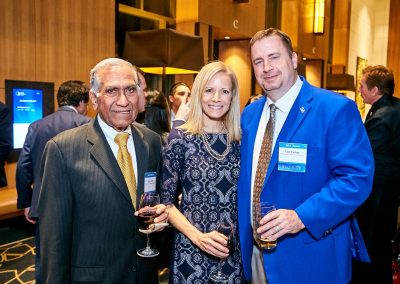 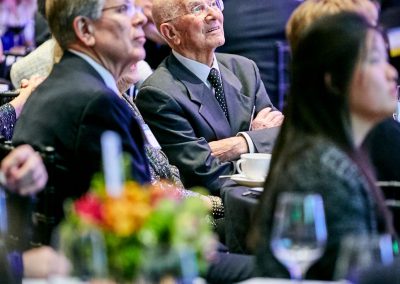 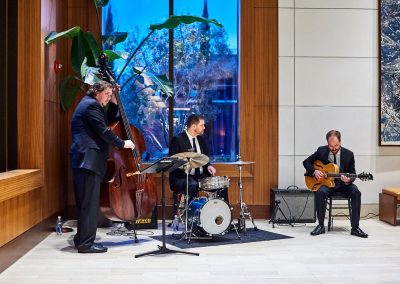 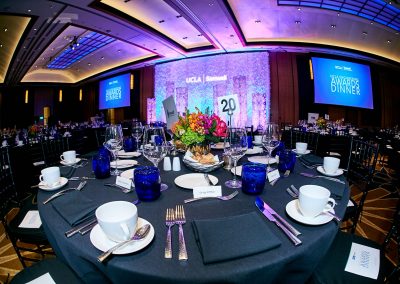