The UCLA Samueli School of Engineering is proud to announce that seven faculty members have been selected to hold endowed faculty chairs. The school now has 36 endowed chairs designed to recruit and retain stellar faculty.

Each chairholder is selected by a search committee of senior faculty at the school, who are charged with nominating candidates whose research and teaching accomplishments best fit the criteria established for a specific chair. The dean reviews the candidates and selects a nominee for each chairholder, who is then evaluated by the UCLA Council on Academic Personnel. Upon receiving approval by the Vice Chancellor for Academic Personnel, the holder of an endowed chair is confirmed and appointed.

“We are delighted to appoint these outstanding scholars who exemplify the very best of UCLA Samueli’s spirit and mission as endowed chairs. I’m proud of their accomplishments, and with their continued leadership, I know we can reach new heights in research excellence and addressing societal challenges,” said Jayathi Murthy, the Ronald and Valerie Sugar Dean. “Endowed chairs have been made possible by alumni, friends and industry partners. I want to thank them for their generous support of our vision. 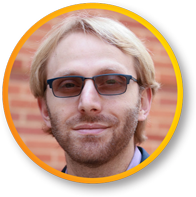 Dino Di Carlo is a professor of bioengineering and vice chair of graduate education. He is also director of the Di Carlo Laboratory, which uses microfluidics, microfabrication and nanotechnologies to develop methods that manipulate and analyze cells and molecules.

Di Carlo has made revolutionary contributions to the field of inertial microfluidics, enabling the development of robust diagnostic and cell analysis systems. He also holds a faculty appointment in mechanical and aerospace engineering.

Among Di Carlo’s many honors and awards are a Presidential Early Career Award for Scientists and Engineers and the Materials Research Society’s Outstanding Young Investigator Award. He is also a Fellow of the American Institute of Medical and Biological Engineering, the Royal Society of Chemistry and a recipient of the David and Lucille Packard Foundation Fellowship.

The chair was established in 2018 by a gift from Armond and Elena Hairapetian. Armond Hairapetian received three degrees in electrical engineering from UCLA (’87, M.S. ’88, Ph.D. ’93) and a M.F.E from UCLA Anderson. He is a veteran innovator, entrepreneur and leader in the semiconductor industry and received UCLA Samueli’s Alumnus of the Year award in 2008. His wife Elena holds a bachelor’s degree from UCLA in biology. The Hairapetians have previously made major gifts to fund the renovation of an electrical and computer engineering graduate student center. 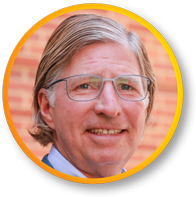 Greg Carman is a distinguished professor of mechanical and aerospace engineering, and director of the Center for Translational Applications of Nanoscale Multiferroic Systems — a multi-institutional Engineering research center focusing on technology and education associated with magnetism on the small scale. Carman has made pioneering contributions to the understanding and application of electromagnetically coupled multiferroic materials at nanometer-to-micrometer scales.

Carman also holds faculty appointments in materials science and engineering, and bioengineering. He is a fellow of the American Society of Mechanical Engineers and a recipient of the SPIE Smart Structures and Materials Lifetime Achievement Award.

The chair was established in 1996 by a gift from the Lockheed Martin Corporation. It is named in honor of UCLA engineering alumnus Ben Rich, who was the second director of Lockheed’s “Skunk Works” division, which developed the F-117 fighter jet under his leadership. 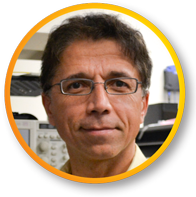 Bahram Jalali is a professor of electrical and computer engineering and director of the Photonics Lab at UCLA, which conducts research in silicon photonics and real-time instruments for biomedicine and for the discovery of ultrafast phenomena.

Jalali has made a number of seminal contributions to silicon photonics, nonlinear dynamics, real-time instruments and algorithms. Many of the first optical devices and nonlinear phenomena in silicon photonics were first demonstrated in his UCLA lab. In instrumentation, he led the development of two qualitatively new imaging modalities that have established record speeds, including the world’s fastest continuously recording cameras to screen for cancer cells using imaging-flow cytometers. One of these imaging technologies was commercialized by the UCLA spin-off Omega BioSystems, which was acquired by BD Biosciences in 2017. His instruments have led to the discovery of optical rogue waves and the first observations of several ultrafast phenomena in laser physics.

Jalali is a fellow of the IEEE, SPIE (formerly the Society of Photo-Optical Instrumentation Engineers), the American Physical Society, the Optical Society of America, and the American Institute for Medical and Biological Engineering.

He has received the R.W. Wood Prize from the Optical Society of America for the first silicon laser, the Aaron Kressel Award from IEEE, the Achievement Medal from the Institution of Engineering and Technology (U.K) and the Pioneer in Technology Award from the Society for Brain Mapping & Therapeutics. He has been named in SciAm top 50 and MIT Tech Review top 10.

Jalali also holds faculty appointments in the bioengineering and is a member of the California NanoSystems Institute (CNSI).

The chair was established in 2019 by a gift from alumnus Fang Lu. Lu earned his master’s, engineer and doctoral degrees from UCLA Samueli in 1988, 1989 and 1992 respectively. He is a fellow and technical director at Broadcom Inc., and inventor or co-inventor of more than 25 issued or pending patents, primarily in the areas of algorithm and architecture of digital-signal processing and high-speed analog and digital-integrated circuit designs. Lu was a major donor for the construction of the Engineering-VI building and has endowed two graduate fellowships at UCLA in electrical and computer engineering. 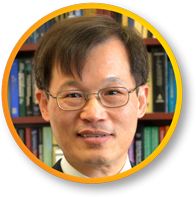 Jia-Ming Liu is a professor of electrical and computer engineering, and UCLA Samueli’s associate dean for academic personnel.

Liu has made significant contributions to non-linear and ultra-fast optics, semiconductor lasers, and laser dynamics and chaos.

Liu’s many honors include being a fellow of the IEEE, the American Physical Society, the Optical Society of America and the Guggenheim Foundation. He is also a recipient of UCLA Samueli’s Distinguished Service Award. In 2020, Liu was named a Yushan Scholar by Taiwan’s Ministry of Education. The scholarship supports three-month research visits at National Chung Hsing University over the next three years.

The chair was established in 2004 by a gift from the Northrop Grumman Corporation. 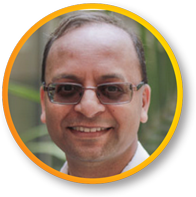 Amit Sahai is a professor of computer science and director of the Center for Encrypted Functionalities, which was established by a National Science Foundation Frontier Award. The center’s work focuses on taking computer security beyond securing data to securing computation itself. In particular, the center seeks to devise methods of hiding secrets within public computer code.

Sahai is a leading expert on security and cryptography, and a co-inventor of the notions of attribute-based encryption, functional encryption and indistinguishability obfuscation.

Among the many honors he has received over the years, Sahai is a fellow of the Association for Computing Machinery and the International Association for Cryptologic Research. He is also an Alfred P. Sloan Foundation Research Fellow and the 2016 recipient of the Lockheed Martin Excellence in Teaching Award.

The chair was established in 2009 by a gift from Symantec, now known as NortonLifeLock Inc., a cybersecurity solutions company recently acquired and integrated into Broadcom Inc. 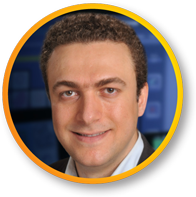 Aydogan Ozcan is director of the Bio- and Nano-Photonics Laboratory at UCLA, which focuses on imaging, sensing and bio-photonics technologies.

A prolific researcher, Ozcan has made seminal contributions in using computation and machine learning to design new optical microscopy, sensing and diagnostic techniques.

Ozcan also holds a faculty appointment in bioengineering, and is an HHMI professor of electrical and computer engineering. Among his many honors, Ozcan is a fellow of the National Academy of Inventors, the Guggenheim Foundation, the American Association for the Advancement of Science, American Institute of Medical and Biological Engineering, American Physical Society, the Royal Society of Chemistry and IEEE. He received the Presidential Early Career Award for Scientists and Engineers in 2011.

The chair was created in 2018 by a gift from alumnus and former UCLA professor Ernst Volgenau, chairman of the information technology firm SRA International, and his wife Sara. It is one of three faculty chairs at UCLA Samueli established by the Volgenaus. The Volgenau Chair for Engineering Excellence was also established in 2018 and is held by Jason Cong, who was named chairholder this year. The Volgenau Endowed Chair in Engineering, established in 2014, is held by Chang-Jin “CJ” Kim, professor of mechanical and aerospace engineering at UCLA, who was named chairholder in 2017. 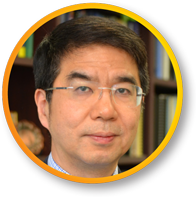 Jason Cong is a distinguished professor of computer science and director of the Center for Customizable Domain-Specific Computing, and the VLSI Architecture, Synthesis, and Technology (VAST) Laboratory.

Cong, a member of the National Academy of Engineering, has made groundbreaking contributions to electronic-design automation, energy-efficient computing and highly-scalable algorithms.

Cong also holds a faculty appointment in electrical engineering. His many honors include being a fellow of the ACM and IEEE, and a recipient of the University Research Award for excellence in semiconductor-design research from the Semiconductor Industry Association.