UCLA Engineering Alumnus on Equity for LGBTQ+ in STEM 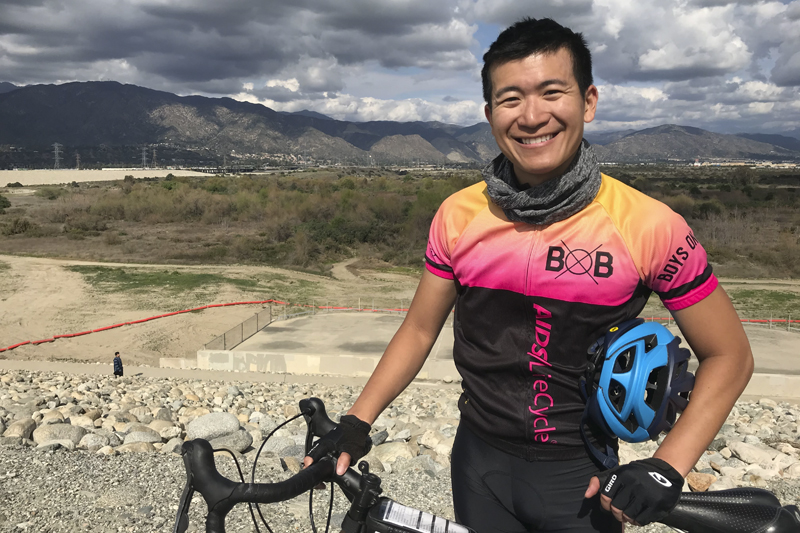 June is Pride Month when the LGBTQ+ communities across the globe come together in commemoration of the 1969 Stonewall uprising in New York City, and in celebration of their freedom and rights.

Calvin Cam ’13, chair of alumni engagement for the UCLA Engineering Alumni Association (EAA), has been a champion for the LGBTQ+ community with a goal to promote long-lasting pride in UCLA Engineering and in the larger STEM fields.

“Pride is year-round, and Pride Month is a particularly special time because of the enhanced recognition and togetherness in the community,” Cam said. “I believe it’s important to be seen and heard while remembering the efforts of those who fought for equality before us, and to continue fighting for the future generations to be able to feel comfortable and safe for being themselves.”

“Pride is year-round, and Pride Month is a particularly special time because of the enhanced recognition and togetherness in the community,” Cam said.

Cam, who did his undergraduate study at UCLA Samueli School of Engineering, has been an active member of the EAA since 2018. Despite juggling a busy schedule building a career in tech while pursuing an MBA at UCLA, Cam has continued to volunteer his time at EAA, paying it forward for the student community in a tangible way. His goals are to remove some of the obstacles confronting students as they first start out in their engineering studies.

“We have such a strong network of accomplished alumni, so it makes sense to build off each other’s successes and engineer change through collaboration,” Cam explained.

While he has not personally experienced barriers in his career, Cam said he is aware that studies have shown that many in the LGBTQ+ community face harassment and other forms of discrimination in STEM fields.

“I strongly believe education is a good first step to overcome these challenges,” Cam said. “Not only that, but it’s important that advocates are willing to speak up when they see harassment and discrimination to show that this is not acceptable.”

Last year, Cam had planned to participate in the 2020 AIDS/LifeCycle (ALC) event. ALC is an annual, 545-mile bike ride from San Francisco to Los Angeles designed to increase awareness of HIV/AIDS and fundraise for services such as HIV testing, prevention and care. Unfortunately, the event was canceled due to the COVID pandemic, but he and his teammates still managed to raise more than $75,000 for the cause. 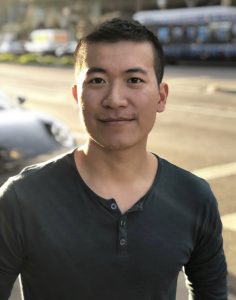 Cam credited his engineering education for some of the interesting opportunities post-graduation. He has held a number of tech positions — from design and development to management roles — always taking on new challenges.

Being the first to apply to college in his family, however, Cam admitted he wasn’t sure what he wanted to study or what career path to pursue after graduation. Growing up, he was good at math and science. Thanks to his parents who bought him a desktop computer, he became fascinated with its capabilities and spent many hours trying to understand how computers function. So when it came time to pick a major, he thought electrical and computer engineering best resonated with his experiences.

“Of course, during my time at UCLA Engineering, I learned that electrical and computer engineering covered way more than computers,” Cam said. In fact, he found the curriculum quite tough. “I struggled through each engineering class, but through struggle, I met some of my most supportive friends,” Cam said.

Despite the challenges, Cam knew he had found a discipline that not only fulfilled his curiosity but also taught him meaningful lessons about teamwork that ultimately helped him succeed in his career.

“UCLA Engineering taught me to focus on the fundamentals and to find a community of collaborative colleagues,” Cam said. “In my career, this has guided how I managed my teams to focus on foundational knowledge and collaboration.”

After graduating from UCLA, Cam joined a number of startup companies working on scalability strategies for the tech and product roadmap side. “It’s been chaotic but fun to wrangle everything together into a cohesive team or unit,” Cam said.

While he has enjoyed the individual contributor role, Cam said he has more affinity towards leading teams and initiatives, such as growing a company through mergers and acquisitions, and that’s why he decided to return to school for an MBA.

Looking ahead, Cam is interested in starting his own consulting business that focuses on technologies that have a social impact. He is inspired by his experience with ALC and wants to help raise awareness of the LGBTQ+ community.

For engineering students interested in getting involved in LGBTQ+ causes, Cam suggests self-education on intersectionality, and visible and hidden identities as a first step.

“It is also important to empathize and eliminate assumptions about others, while creating safe spaces for dialogue,” Cam said. “You can really increase your daily impact this way.”