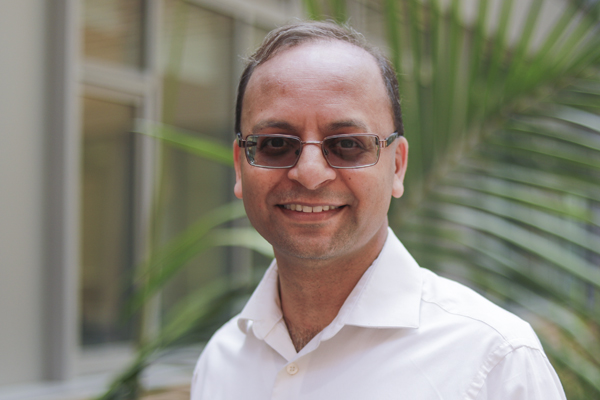 The association gives its Test-of-Time Awards annually to selective authors of papers that were delivered 15 years prior at each of the three IACR general conferences (Eurocrypt, Crypto and Asiacrypt) and that have had a lasting influence on the field.

Sahai and Waters, who is also a computer science professor at the University of Texas at Austin, presented their paper “Fuzzy Identity-Based Encryption,” at the 2005 Eurocrypt conference. The paper introduced attribute-based encryption, in which policy rather than individuals determines who can encrypt.

“This paper marked the beginning of a long and fruitful journey into understanding how we can process data while it is still in encrypted form, in a way that eventually yields an output that is not encrypted, but which doesn’t reveal all the data originally encrypted,” said Sahai, who also is the director of the Center for Encrypted Functionalities. “In the end, this line of work led us to the even grander goal of hiding secrets within software. This problem, called secure software obfuscation, remains a central research focus for both Brent and me. We look forward to many more years of collaboration and friendship.”

Sahai recently received a $1.5 million grant from NTT Research to support his work on the leading edge of cryptography, the field of secure communications. To read more on the IACR award, please see a news release from NTT Research.