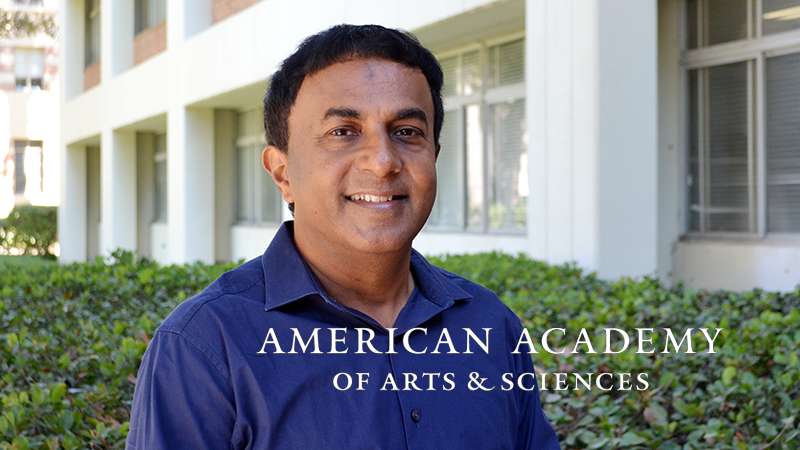 UCLA Samueli
George Varghese, who holds the Jonathan B. Postel Chair in Networking at the UCLA Samueli School of Engineering, was elected Thursday to the American Academy of Arts and Sciences, one of the nation’s most prestigious honorary societies.

Varghese joined 10 other UCLA faculty members as the Academy’s 2022 honorees, putting the university in second place in the nation for number of honorees, preceded only by Harvard University. A total of 261 artists, scholars, scientists and leaders in the public, nonprofit and private sectors were elected, including honorary members from 16 countries.

Varghese, who received his Ph.D. in computer science from MIT, joined UCLA in 2016. Earlier he was a principal researcher and partner at Microsoft Research and was on the faculty at UC San Diego and Washington University in St. Louis, Missouri. Varghese devoted the first part of his career to making the internet faster — a field he calls network algorithmics — for which he was elected to the National Academy of Engineering (NAE) in 2017, the National Academy of Inventors (NAI) in 2020 and the Internet Hall of Fame in 2021. More recently, Varghese pivoted his research to jump-start an area he calls network design automation to provide a set of tools for operating and debugging networks.

In 2014, Varghese received the Kobayashi Award for Computers and Communications from the Institute of Electrical and Electronics Engineers (IEEE), and the SIGCOMM Lifetime Award in Networking from the Association for Computing Machinery (ACM). He has been a fellow of the ACM since 2002.

The academy also serves as an independent policy research center engaged in studies of complex and emerging problems. Current academy members represent today’s innovative thinkers in many fields and professions, including more than 250 Nobel and Pulitzer Prize winners.