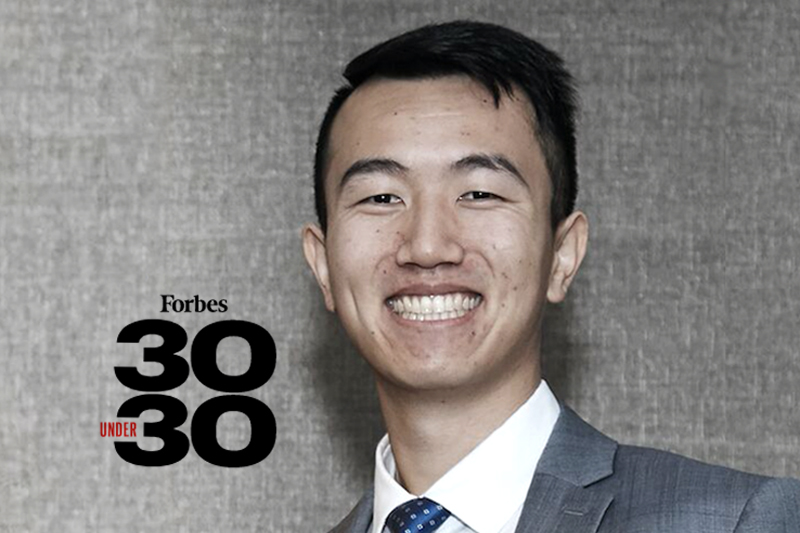 Yuzhang Li, an assistant professor of chemical and biomolecular engineering at the UCLA Samueli School of Engineering, has been named to Forbes’ 30-Under-30 2021 list for science in recognition of his research on developing safer next-generation batteries.

Forbes noted that “Li’s lab is dedicated to finding new materials to enable portable and reliable sources of electricity using next-generation batteries. His research captured the first atomic photos of growths in batteries which can lead to fires, which helped guide ways to make safer and better batteries. He has also developed a patent pending way to use graphene to improve battery stability, which has been commercially licensed.”

Last month, Li was named a Highly Cited Researcher for 2020 by global analytics firm Clarivate, which specializes in academia, scientific research and intellectual property. Li joined UCLA in July, following a postdoctoral fellowship at Stanford University, where he also received his Ph.D.

In this interview, Li discussed his latest research focus and shared his thoughts on creating a community oasis to address sustainability challenges in Los Angeles.

Li is one of two UCLA faculty members named by Forbes. Kristen Choi, an assistant professor of nursing, was named to the list for health care highlighting her work in developing mental health policy.

Also included on the magazine’s list for science is UCLA alumnus Ernest Lee, an internal medicine resident at Cedars Sinai Hospital in Los Angeles, who was cited for his work on examining how the immune systems cause inflammation. Lee earned a Ph.D. in bioengineering from UCLA Samueli and an M.D. from the David Geffen School of Medicine. He is the recipient of the 2019 UCLA Engineering Edward K. Rice Outstanding Doctoral Student Award.

In addition, UCLA Samueli computer science alumnus Jason Alvarez-Cohen was also named a Forbes 30 under 30 in the consumer technology category. He co-founded Popl, a tech startup that develops contactless information-exchange NFC technology. The company has more than a million customers and has been accepted into the Y Combinator accelerator’s winter 2021 cohort.