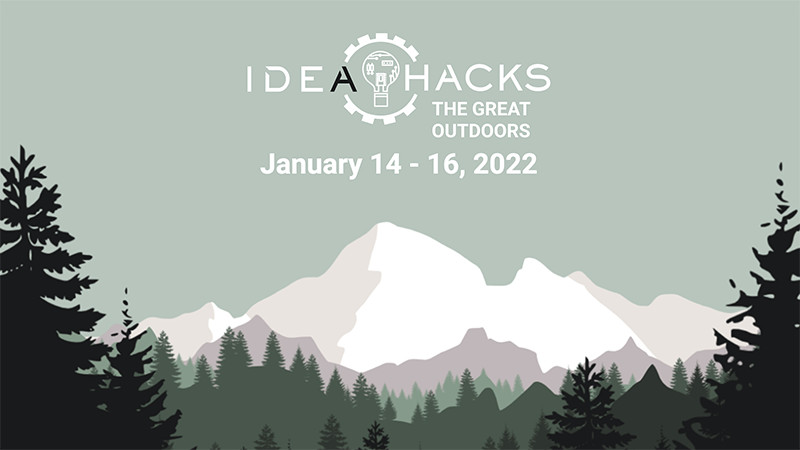 UCLA Samueli
Design, build, program and pitch a device that enhances the outdoor experience in 36 hours. Think you are up to the challenge? Meet the UCLA students who did just that at the eighth annual IDEA Hacks competition.

More than 130 UCLA students in 30 teams took part in the in-person and virtual hybrid contest from Jan. 14-16. The event was hosted by UCLA’s student chapter of the Institute of Electrical and Electronics Engineers and Theta Tau, UCLA’s co-ed professional engineering fraternity. To promote this year’s theme of “The Great Outdoors,” the teams were tasked with inventing a device that enhances one’s outdoor experience, such as increased accessibility to nature, improved environmental sustainability or the overall outdoor experience.

Some of the creations included GPS trackers to help injured hikers in the wilderness, devices that keep track of UV exposure and water usage, and a virtual hiking companion to keep people motivated through digital rewards such as a virtual pet.

The winning team’s project, Treasure Tracker, is a customizable compass that allows the user to pre-set their own chosen coordinates rather than following the magnetic north.

“We were inspired by Jack Sparrow’s compass from the ‘Pirates of the Caribbean’ franchise, which points to whatever Jack wants the most,” said Dominic Olson, a second-year electrical engineering student and a member of the Treasure Tracker team. “Although it would be hard to determine one’s deepest desires, we thought a compass that points to different locations would be a simple way to navigate to useful spots without checking a map.”

The design process posed some challenges for the Treasure Tracker team, with some members working remotely and a number of tall buildings interfering with the device’s GPS signal. Despite the roadblocks, the team successfully pitched its design to a panel of UCLA professors, alumni and other industry professionals.

The panel of judges scored teams based on their projects’ relevance to the theme, creativity, innovation, technology, marketability and the teams’ presentation.

“It is a great opportunity to see our excellent engineering students create innovative projects and work with a group of committed alumni serving as judges,” said triple Bruin William Goodin MS ’71, PhD ’75, Mengr ’82, UCLA’s alumni advisor to engineering student groups who has been a judge for IDEA Hacks since it started in 2015.

“The projects continue to be creative and well done, but the hardware available to the student teams has improved over the years,” Goodin added.

To provide students with the hardware necessary to design sophisticated devices in such a short period of time, the IDEA Hacks student organizers started planning the event a year before the hackathon to solicit corporate sponsorships, acquire machine tools and secure work space for participants.

The rapid surge in COVID-19 infections due to the omicron variant last December posed additional challenges. IDEA Hacks had to quickly pivot from a planned in-person competition to a predominantly virtual format after UCLA announced its plans to delay an in-person return to campus for the winter quarter.

“We had to think about ways to get parts to our participants in a safe and COVID-conscious way,” said Tao Lu, a fifth-year materials science and engineering student and one of IDEA Hacks’ directors. “We also had to organize a location for our soldering stations and 3D printers that the hackers could access safely.”

Despite the short notice of the format change, the IDEA Hacks volunteer organizers successfully hosted a hybrid hackathon in which participants could check out materials from the Makerspace in Boelter Hall and work on their projects from home. They could also come back to the Makerspace as needed to manufacture their designs using its 3D printers or soldering stations. The corporate workshops, design presentations, judging and awards ceremony were all hosted over Zoom.

“I think one of the biggest lessons is that flexibility is key,” Lu said.

Like many of the other IDEA Hacks volunteers, Lu has been involved in the hackathon since he started at UCLA.

“I opted to be a director this year because of the impact IDEA Hacks had on my collegiate experience as a freshman,” said Pranav Srinivasan, a third-year mechanical engineering student and one of the event’s co-directors. “IDEA Hacks has allowed me [and] many other UCLA students to combine our imagination [with] the concepts we learn in the classroom to make a unique prototype of a concept that can positively impact the world.”