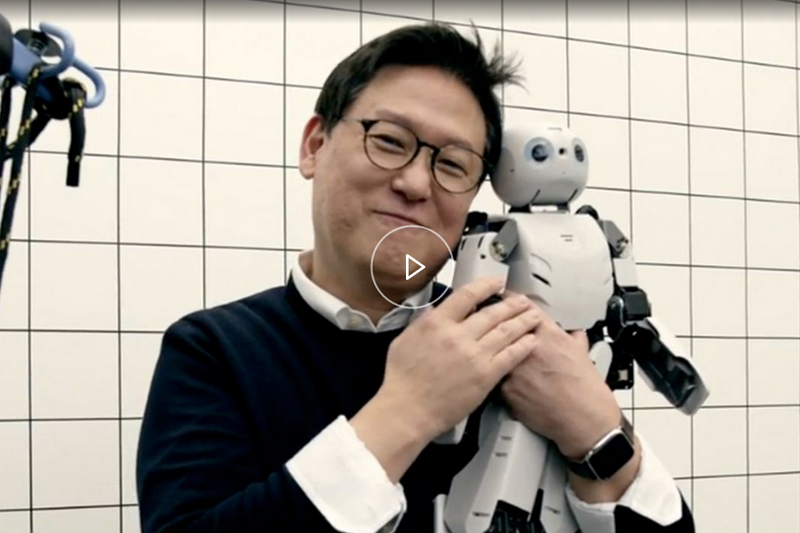 The Emmy Award-winning weekly series highlighted Hong’s teaching philosophy and passion for conducting research. The interview also touched on Hong’s COVID-outreach efforts in South Korea, where he has recently been appointed an honorary ambassador to Seoul by the Seoul Metropolitan Government (SMG) for his leadership in AI technology and robotics.

Named by Popular Science in 2018 among the top 10 brilliant scientists in the U.S., Hong developed the world’s first car that can be driven by the blind. Not one to be fazed by the so-called “impossible” challenges, he likens failure to a steppingstone for discoveries and innovations.

Hong is a professor of mechanical and aerospace engineering and directs the Robotics and Mechanisms Laboratory, or RoMeLa, where he leads cutting-edge research on autonomous vehicles, humanoid robots and mobile robot locomotion strategies.

The interview was filmed before the pandemic.