The innovative design could also be the basis for other types of lasers that can vary the wavelength of light they emit.

The study was published in Nature Photonics and led by Benjamin Williams, a professor of electrical and computer engineering at the UCLA Samueli School of Engineering.

The terahertz band of the electromagnetic spectrum lies between the infrared and microwave bands. Its particular advantage is it can reveal the chemical composition of many solids, gasses, and molecules by looking at what wavelengths of light are absorbed, reflected, and transmitted – a process analogous to looking at the color of an object using visible light. 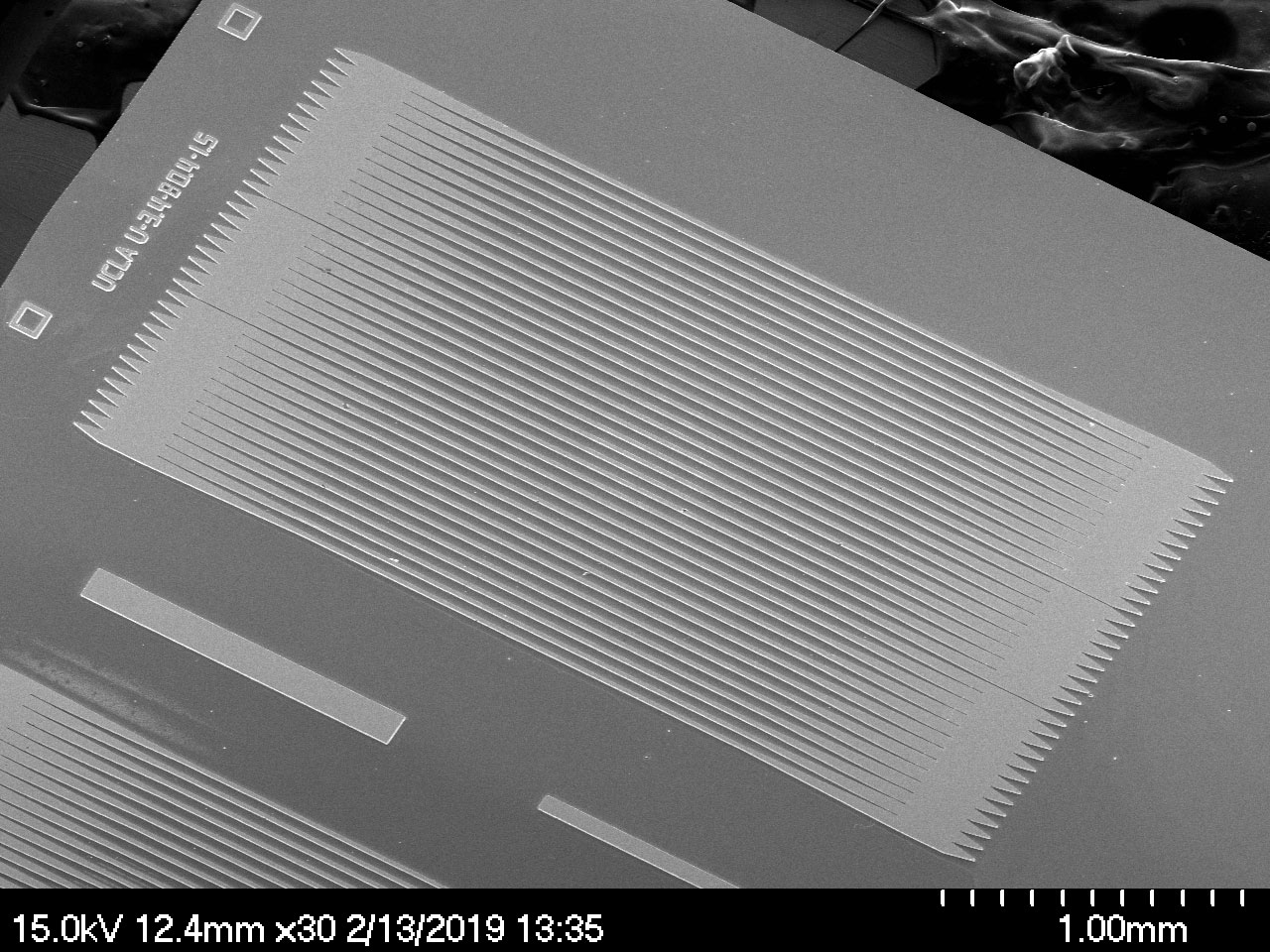 “Different molecules absorb terahertz light at very particular wavelengths, and in ways that are specific to each molecule,” said Williams, who leads the Terahertz Devices and Intersubband Nanostructures Laboratory. “In other words, each molecule has a spectroscopic ‘fingerprint’ that can tell you what something is made of.”

For example, a drug screening tool using terahertz light could tell if something is an illegal compound or harmless sugar.  Another application would be in terahertz telescopes – such as NASA’s proposed Origins Space Telescope – to study star formation processes, histories of galactic evolution, and the signatures of life and planetary formation.

One promising terahertz tool, the quantum cascade laser or QCL, has been in development for nearly 20 years. It has the capability of generating the extremely precise wavelengths of terahertz light needed to make precise spectral measurements. The first terahertz QCLs were deployed a few years ago, on airborne and balloon observatories for astrophysical measurements.

One thing terahertz QCLs are missing for wider adoption is tunability – that is, the capability to change the wavelength of the light that the laser emits. Typical QCLs can only change their wavelength only by about 1% – tuning by a little more is possible, but comes at the expense of laser performance. That limits the type of molecules that a single laser can analyze – if more wavelengths are available, then more molecules are able to be identified.

The UCLA researchers’ new QCL design can emit terahertz light across nearly a fifth of that band, the broadest available. That’s equivalent to a laser pointer that changes its color from blue, to green, to yellow, and finally to orange.

“Our breakthrough not only achieves a record high fractional tuning of a terahertz laser frequency, at 19% of the terahertz spectrum, it also has a record high continuous output power, and excellent beam patterns,” Williams said. “These qualities are important for practical terahertz applications.”

Their design is called a metasurface “vertical-external-cavity surface-emitting laser,” or “VECSEL.” While VECSELs have been around for a while at much shorter wavelengths in the visible and near-infrared, it is the “metasurface” which is new and allows terahertz operation.

To operate, a laser usually needs a space where the light is reflected and amplified before being sent out. Called a laser cavity, it consists of two mirrors with a ‘gain medium’ in between that amplifies the light.

Ordinarily, the laser cavity is considerably longer than the light wavelength – this allows the light sufficient time to be amplified and sustain oscillation.

“In our new terahertz design, the metasurface acts as both a mirror and amplifier, allowing us to build laser cavities as short as a single wavelength,” said UCLA doctoral student Chris Curwen, the study’s lead author. “It is this short cavity that allows us to achieve very broad tuning of the laser frequency.”

The paper’s other author was John Reno, principal member of the technical staff at Sandia National Laboratory in New Mexico.

The study was funded by the National Science Foundation and NASA.