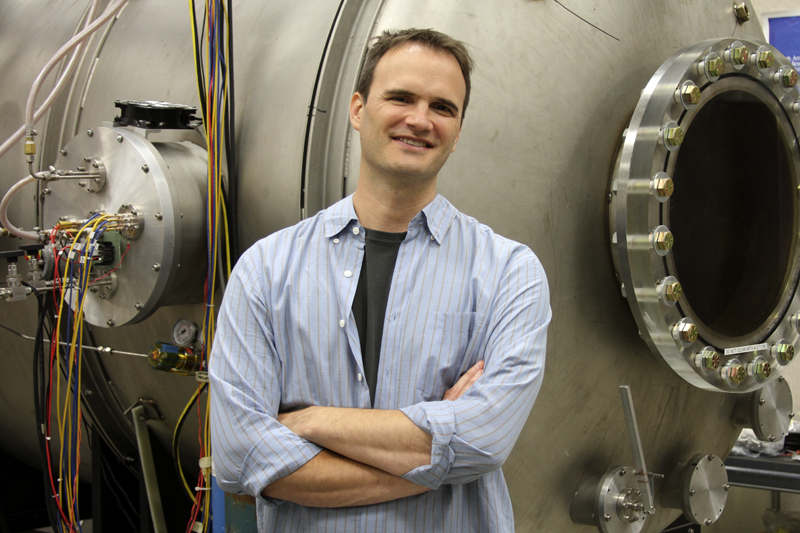 The Joint Advanced Propulsion Institute (JANUS) is one of two newly launched, university-led NASA Space Technology Research Institutes (STRIs) and is the latest addition to four other existing STRIs. The institute will spearhead research to develop high-power electric propulsion systems designed to transport science payloads, humans and cargo in large spacecraft within Earth’s orbit and to the moon, Mars and other destinations in the solar system.

Announced by NASA in March, the institute is headquartered at the Georgia Institute of Technology and led by its professor of aerospace engineering Mitchell Walker. JANUS comprises 17 researchers at 11 partner universities, including UCLA as one of the four lead universities.

“It’s exciting to be a part of a large and collaborative NASA-funded effort that will revolutionize electric propulsion technology and enable ambitious space missions in Earth’s orbit and beyond,” said Wirz.

“It’s exciting to be a part of a large and collaborative NASA-funded effort that will revolutionize electric propulsion technology and enable ambitious space missions in Earth’s orbit and beyond,” said Wirz, a professor of mechanical and aerospace engineering. “The institute will be able to address the major challenge of accurately testing higher-power propulsion systems in large vacuum chambers, which will help us understand how they operate in space.”

For decades, engineers have employed electric propulsion to accelerate and maneuver spacecraft. Contrary to chemical thrusters, which burn liquid fuels through combustion and accelerate the resulting hot gas through a nozzle, electrical propulsion systems are much more efficient. They ionize gases, such as xenon or krypton, and propel ions out of the thruster at very high velocity to move the spacecraft with more than 10 times the fuel efficiency of chemical thrusters. Spacecraft propelled by electric propulsion typically uses solar arrays to power its systems, eliminating the need of an on-board power supply for thrust.

Wirz will lead the testing of the systems’ physics-based modeling and integration. He and other researchers will also test high-power thruster designs, develop novel diagnostics, conduct experiments and study their long-term performance.

UCLA Samueli’s Jaime Marian, a professor and vice chair of graduate education at the Department of Materials Science and Engineering, is also a member of the institute. He studies materials evolution under extreme conditions using multiscale computational modeling. Marian also has a faculty appointment in the Department of Mechanical and Aerospace Engineering.