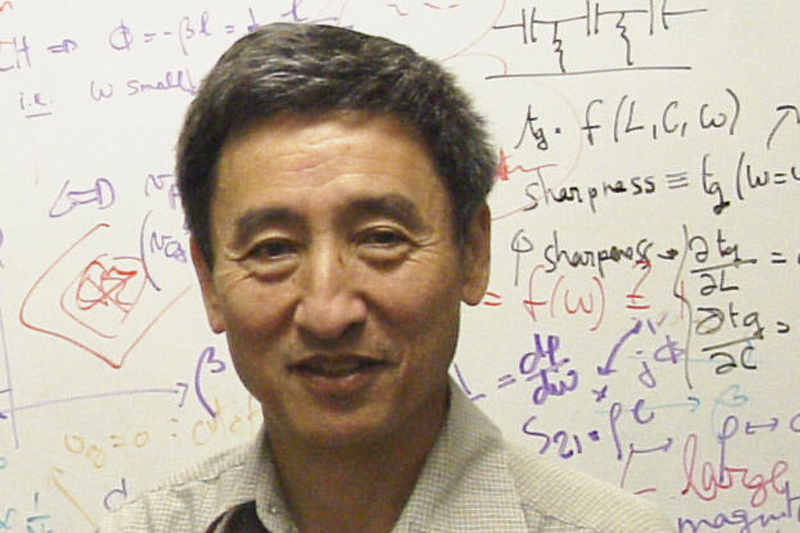 Courtesy of the Itoh family

Tatsuo Itoh, a distinguished professor of electrical and computer engineering at the UCLA Samueli School of Engineering, died at home on March 4 at the age of 80. Itoh led pioneering breakthroughs in using the microwave and millimeter-wave frequencies of the electromagnetic spectrum for electronics and communication technologies.

In an illustrious career that spanned more than 50 years, Itoh was a prolific researcher who was among the world’s most influential in his fields of study. He was the advisor to more than 80 Ph.D. graduates, including 60 at UCLA Samueli, where he had taught since 1991 and was a beloved faculty member. Many of his former students are now faculty members at institutions worldwide, continuing his legacy as educators themselves.

Itoh was the author of 48 books and book chapters, as well as nearly 1,500 research publications in peer-reviewed journals and conference proceedings. His works have been cited more than 63,000 times, according to Google Scholar. He headed the UCLA Microwave Electronics Laboratory, which conducts theoretical and experimental projects in the area of microwaves and millimeter-waves for components of integrated circuits, and in metamaterials, which are artificial materials that offer electronic properties not found naturally.

“Prof. Itoh was a giant in his field and a longstanding member of our UCLA Samueli family,” said Jayathi Murthy, the Ronald and Valerie Sugar Dean of UCLA Samueli. “He was not only a world-renowned researcher, but a great teacher and a deeply loved and respected colleague. We will miss him very much.”

Itoh led pioneering breakthroughs in using the microwave and millimeter-wave frequencies of the electromagnetic spectrum for electronics and communication technologies.

Born in Tokyo in 1940, Itoh studied at Yokohama National University in Japan, earning his bachelor’s and master’s degrees in electrical engineering in 1964 and 1966 respectively. He moved to the United States to continue his education at the University of Illinois, earning his Ph.D. in electrical engineering in 1969. Following his doctorate, he remained at Illinois, holding several research positions before moving to the Stanford Research Institute (SRI) in Palo Alto, Calif., in 1976 for a research post.

In 1991, Itoh left Texas to join UCLA, holding the TRW Endowed Chair in Microwave and Millimeter Wave Electronics. Since 2003, Itoh had held the Northrop Grumman Chair in Electrical Engineering. 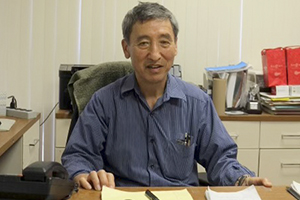 At UCLA, he continued to lead groundbreaking research in microwaves and millimeter-waves and their applications. In the past several years, Itoh also had turned his attention to metamaterials. Itoh and his research group exploited these metamaterials, in particular, a class known as composite right/left hand (CRLH) structures, for miniaturized antennas and other components in communication chip technologies. The versatile antennas offered high transmission efficiency and low-power consumption.

Itoh received numerous international accolades for his accomplishments, including an honorary doctorate from the Universitat Autonoma de Barcelona. He also received the 2018 Electromagnetics Award from the Institute of Electrical and Electronics Engineers (IEEE) for “contributions to electromagnetic modelling, artificial materials, microwave electronics, and antennas.”

The IEEE Microwave Theory and Techniques (MTT) Society, for which Itoh served as president in 1990, named an annual best journal paper award, the Tatsuo Itoh Award, in his honor and bestowed upon him the MTT Distinguished Educator Award. Following Itoh’s passing, the society has created an online tribute for colleagues and friends to share their memories of him.

“Beyond Itoh’s tremendous academic accomplishments, what is most important to us is the fond memories of him being a treasured colleague and a great contributor over the last 30 years,” said Ken Yang, chair of the Department of Electrical and Computer Engineering at UCLA Samueli.

In 2014, IEEE Transactions on Terahertz Science and Technology published an overview of Itoh’s life that covered his childhood in postwar Japan, his early interests in electrical engineering, his journey to the United States and the evolution of his career.

Itoh is survived by Seiko, his wife of 51 years; son Akihiro; daughter Eiko and three grandchildren.