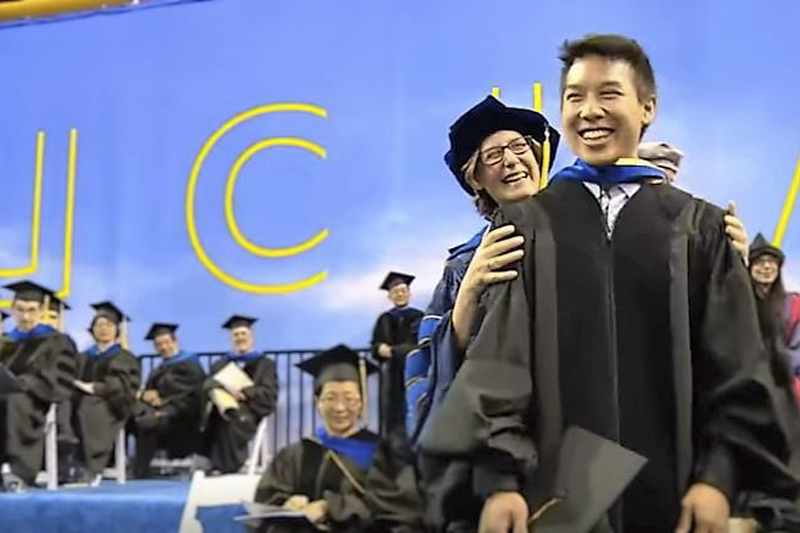 According to a statement issued by the show: “Most of the nominations on the list are rising stars on the cusp of becoming household names, whose influence, we believe, will become monumental.”

Tse was nominated by Ki Hong Lee, a Korean American actor who is best known for his roles in the Maze Runner films and in the Netflix series, “Unbreakable Kimmy Schmidt.”

Now a spacecraft thermal engineer at NASA’s Jet Propulsion Laboratory, in Pasadena, California, Tse co-founded a shelter service, Students 4 Students, while at UCLA to support homeless college students. He continues to stay involved in the nonprofit organization serving some of the nearly 60,000 students around the country in need of a place to stay.

Tse was also the recipient of the 2018 Eudaimonia Award from the Semel Healthy Campus Initiative Center at UCLA honoring his dedication and effort to improving the lives of students and others.

Below are excerpts from the nomination about Tse:

“Back in 2015, Louis Tse was a grad student studying mechanical engineering at UCLA graduate school. He started noticing students were sleeping in classrooms, student lounges and even in their cars. Once he realized that these students were houseless, he decided to form Students 4 Students, a shelter for homeless college students run entirely by their peers. In order to finance the shelter, he became houseless himself, moving into his car for the next two years in order to help those in need. The first student-run shelter started at UCLA, then spread to USC and other campuses are slated to join. When I first met him, I knew of his tireless work for the community. But what blew me away was his humbleness and empathetic heart for everyone in need. Oh, did I also mention he’s a spacecraft engineer working at NASA? He is essentially a rocket scientist by day and solving houselessness by night. No big deal.”