From Lab to Market: A Bioengineering Alum’s Journey through Manufacturing Moderna COVID Vaccine 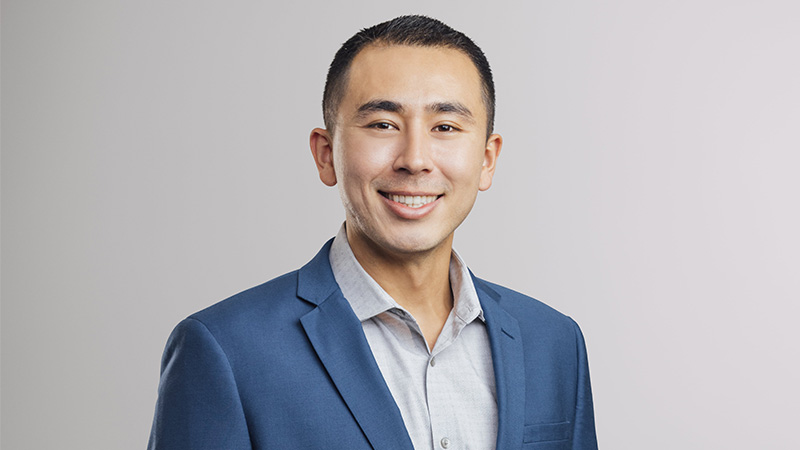 After graduating from UCLA with a bachelor’s degree in bioengineering, Phillip Cox ’17 started working at a then small Boston-based startup that develops biotechnologies using tiny pieces of genetic code known as messenger RNA, or mRNA.

Five years later, that company, Moderna, became a global organization known for developing one of the primary mRNA COVID-19 vaccines available in the U.S. and around the world — a project in which Cox played a pivotal role.

Cox helped scale up Moderna’s mRNA manufacturing process to meet the global vaccine demand as a member of its mRNA Process Development team, which has grown exponentially over the course of the pandemic to support Moderna’s efforts to expand its manufacturing capacity.

As part of the team’s expansion, Cox moved to Switzerland for three months in late 2020 to support the technology transfer efforts at the company’s plant in Visp. “As a young engineer, I could never have imagined in a million years that I would be able to positively impact the lives of billions of people around the world,” Cox said.

But, producing safe and effective vaccines at the height of the COVID-19 pandemic brought about many challenges, the likes of which Cox and his team had never faced before. The team had to work amid a global supply chain crisis and unprecedentedly accelerated timelines. Cox and his colleagues rushed to hire and onboard new scientists and engineers to support the development and rollout efforts.

“While many people transitioned to remote work at home, we worked long hours on-site while navigating how to do that safely,” Phillip Cox shared.

“Fortunately, people stepped up to new challenges that would traditionally fall outside their role and supported and encouraged each other through setbacks and victories.”

By the end of last year, with approximately 2,000 employees globally, Moderna reported that it produced more than 500 million COVID-19 vaccines, which is a testament to the hard work from employees like Cox who helped scale up production efforts.

Growing up, Cox recalled vividly the many dinnertime stories his parents, both dentists, shared about new tech that they had learned from their patients. Hearing about scientific innovations of the time, such as genome sequencing and stem cell research, set Cox on his path to studying bioengineering.

“There was no better way to jump into the thick of this new biomedical revolution than at a school like UCLA,” Cox said of his decision to become a Bruin. “I was very impressed by how supportive and community-oriented UCLA engineers were and I knew that I would make lifelong friends and colleagues.”

By the end of his freshman year, Cox had joined the lab of then-bioengineering associate professor Stephanie Seidlits, where he researched clinical regenerative therapies for spinal cord injuries.

“The curriculum at UCLA exposed me to everything under the sun, which allowed me to see the endless opportunities for making an impact in the biomedical field,” Cox said. “I was amazed at how frequently I interacted with, and learned directly from, world-renowned doctors and researchers, all of whom gave me their time even though I was an undergrad.”

Aside from his academic interests, Cox was an active member of the Biomedical Engineering Society at UCLA, which allowed him to build and extend the impact of the bioengineering community beyond the UCLA ecosystem through mentorship and industry alliances. He was also a core member of the Healthy Campus Initiative, which gave him the chance to learn about community health education, outreach and interventions.

As a second generation Japanese American, Cox sees it as his mission to help those in underserved communities who have suffered disproportionally more from terrible diseases such as COVID-19. While at UCLA, he interned for major pharmaceutical companies Amgen and Genentech, which first exposed him to a career in biotech.

“These invaluable experiences [were] where I first learned how to translate early scientific ideation into commercial products that help patients,” Phillip Cox said.

Looking back on his decision to move across the country after graduation to work for the then emerging biotech company Moderna, Cox said he knew it was risky but took a leap of faith anyway. “Follow your curiosity and passions even if it means having to take risks along the way,” Cox said was the lesson that he hopes could help future Bruin engineers when faced with the same difficult decision.

“Things will work out, and even if not, there are some extremely valuable things to learn and grow from failure.”

Despite now living 3,000 miles away from UCLA, Cox continues to stay engaged with the Bruin community through outreach and mentorship. He has led outreach at Moderna to give Bruins and students everywhere insights and opportunities to break into the biotech industry. He also serves on the Bioengineering Alumni Advisory Board, which helps promote the communication, growth and shared activities of the UCLA Bioengineering alumni, faculty and students

“It is important to give back to your people and communities and pay it forward,” Cox said.

“Even though I’m across the country, I’m thankful for the opportunity to still be connected to the Bruin family in this capacity and I hope to continue to work with past, current and future BE students to both foster and improve the amazing BE program and community I was able to be a part of.”

Cox said he is excited about the future applications of mRNA technologies beyond vaccinations. “It has the potential to increase access to health care by providing treatments for many of the world’s diseases that don’t yet have cures and that affect disadvantaged populations, for which there is often minimal research funding.”

Sara Hubbard and Natalie Weber contributed to this story.