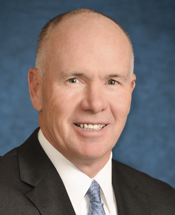 John P. Schauerman, served as Executive Vice President of Corporate Development of Primoris Services Corporation (NASDAQ:PRIM), a specialty construction and infrastructure company (“Primoris”), from February 2009 to May 2013, where he was responsible for developing and integrating Primoris’ overall strategic plan, including the evaluation and structuring of new business opportunities and acquisitions. Prior to that, John served as Primoris’ Chief Financial Officer from February 2008 to February 2009, during which time Primoris went public through a merger with Rhapsody Acquisition Corp. He also served as a director of Primoris from July 2008 to May 2013 and as a director of its predecessor entity, ARB, Inc. (“ARB”) from 1993 to July 2008. John joined ARB in 1993 as Senior Vice President.