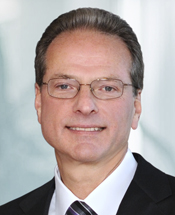 Since 1985 Dr. Samueli has also been a professor in the Electrical Engineering Department at the University of California, Los Angeles, where he has supervised research programs in broadband communications circuits and digital signal processing. He has been on a leave of absence from UCLA since 1995 in order to be at Broadcom full time. Since 2003 Dr. Samueli has also been a Distinguished Adjunct Professor in the Electrical Engineering and Computer Science Department at UC Irvine. He was the Chief Scientist and one of the founders of PairGain Technologies, Inc., a telecommunications equipment manufacturer in the digital subscriber line (DSL) industry, and he consulted for PairGain from 1988 to 1994. From 1980 until 1985 he was employed in various engineering and management positions in the Electronics and Technology Division of TRW, Inc., where he worked on the hardware development of military broadband communications systems.

Dr. Samueli received a B.S., M.S. and Ph.D. in Electrical Engineering from UCLA in 1975, 1976, and 1980, respectively. He has published over 100 technical papers and is a named inventor in 75 U.S. patents. He was elected a Fellow of the Institute of Electrical and Electronics Engineers (IEEE) in 2000, a member of the National Academy of Engineering in 2003, and a Fellow of the American Academy of Arts and Sciences in 2004.

In 2000 Dr. Samueli was awarded the University of California Presidential Medal, the UC Irvine Medal, the IEEE Circuits and Systems Society Industrial Pioneer Award, and the UCLA School of Engineering and Applied Science Alumnus of the Year. In 2005 he was awarded an Honorary Doctor of Science degree from the Technion-Israel Institute of Technology, and the Edward A. Dickson Alumnus of the Year from UCLA. In 2006 he received the IEEE Communications Society Distinguished Industry Leaders Award. In 2010 he received the UCLA Medal. In 2011 he received the Global Semiconductor Alliance Dr. Morris Chang Exemplary Leadership Award, and in 2012 he was awarded the Marconi Society Prize and Fellowship.