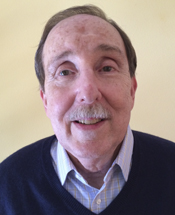 Bill Levin has over four decades of experience building businesses, from startups to large corporations. Most recently, Bill has been working with startup Biotech and SaaS companies. Two of the companies have been acquired, one of these, a revolutionary DNA sequencing company was just purchased for $125M cash + $225M in contingent payments. Previously he was a Vice President for Maxim Integrated Products (NASDAQ: MXIM), a worldwide leader in the design, development, and manufacture of analog, mixed signal, digital, and high-frequency circuits.