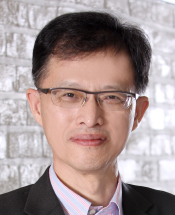 Mr. Bowei Lee is currently the chairman of LCY Chemical Corp. Under his leadership, the group has grown more than 18 times over the past 23 years and established global operations through organic growth, joint ventures and acquisitions. Today, LCY Chemical is not only one of the top three thermoplastic elastomer producers in the world, but also one of the leading chemical companies across petrochemical industry.

With a strong sense of commitment towards sustainability development and talent cultivation in chemical industry, Mr. Bowei Lee has been active in petrochemical industry promotion and has also served in several academic organizations. After receiving his undergraduate and graduate degrees in chemical engineering from MIT and MBA degree from the Stanford Graduate School of Business, Mr. Bowei Lee was invited to participate in Chemical Engineering Visiting Committee from MIT and has also become one of the members of the Business School Advisory Board, providing numbers of scholarships in order to bring more Taiwanese young talents to the world-class university.

In addition, Mr. Bowei Lee has served as managing director of the Petrochemical Industry Association of Taiwan (PIAT) since 2002, and he is also the board member of the Lung Yingtai Cultural Foundation, the 5th president of the Taiwan Chemical Industry Association (TCIA) in 2016 as well as the founding director of Standing Committee of Alxa Society of Entrepreneurs & Ecology (SEE) Association, one of the few NGOs founded by entrepreneurs in China.