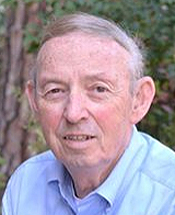 Leslie Lackman is responsible for seeking industrial partnerships for joint research activities with the school. Prior to joining UCLA, he had a long leadership career in the aerospace and defense industry, and is recognized as one the pioneering leaders in the application of composite materials to airframes.

As a UCLA faculty member, he has developed proposed graduate courses focused on technology management in conjunction with the Anderson School of Management.

Lackman served as the key executive for Boeing’s integration of the Rockwell aerospace businesses of over 4,000 employees. Under Lackman’s leadership, the establishment of the Palmdale X-assembly facility and the initiation of the assembly of two Boeing JSFs were achieved at Palmdale.

Other leadership roles include as Vice President and general manager of Rockwell’s North American Aircraft Division (NAAD); and as Vice President of Advanced Programs and leader for the Research and Engineering work force for NAAD.

As Vice President and general manager of NAAD he was responsible for the division’s three business areas: strategic systems; aerostructures; and advanced programs. The division had a diverse base of products and technologies, including the B‑1B, X-3 1, primary and secondary structure for the Boeing 737, 747, 757, and 777, TierII+ composite wing, Airbus A-330/340 structures, NASP, Airborne Laser airframe integration, as well as major research projects.

As Vice President of Advanced Programs, he was the leader for the Research and Engineering work force.
From 1980 until his promotion to Vice President, Lackman was an active part of the B-1B production team, including as Chief Engineer and Director of Structures.