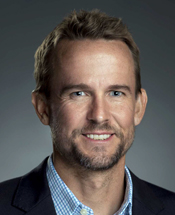 Chris Pernin is a senior physical scientist and director of the Engineering and Applied Sciences Department at the RAND Corporation. Since joining RAND in 1999, Pernin has been involved with or led a wide range of national security and domestic research projects on decisionmaking, institutional reform, acquisition, technology development, and strategic planning, for both national and international clients. He has served on various advisory panels throughout his career, including being an ad hoc member of the Army Science Board and member of the Defense Acquisition Research Journal editorial board. Prior to joining RAND, he spent time at Argonne National Laboratory, working on early development of the Advanced Photon Source facility. Pernin received his B.S. in chemistry from the University of California, Berkeley, and his M.S. and Ph.D., also in chemistry, from Northwestern University.