Center for Excellence in Engineering and Diversity: Empowering Students at UCLA and Beyond

Three UCLA Samueli School of Engineering alumni who were part of the Center for Excellence in Engineering and Diversity (CEED) as students share how the organization made a major impact on their careers. 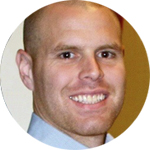 Hugo Castrejon graduated from UCLA in 2010 with a bachelor’s degree in mechanical engineering. Prior to enrolling in an executive MBA program at Stanislaus State University, Castrejon worked as an operations director for ArmouStruxx, a defense subcontractor company that specializes in armor-kitting for military land platforms.

He plans to transition his career from supporting manufacturing operations to local governance — something Castrejon said he feels will allow him to deliver the greatest good using his skills for his community.

Castrejon said that CEED gave him the experience he needed to succeed as an engineer by developing his professional skills, which helped complement the engineering fundamentals he learned in class.

CEED best prepared me for success as an employee.

“In school, I learned all the theory and problem-solving fundamentals for success as an engineer,” Castrejon said. “However, CEED best prepared me for success as an employee. CEED exposed me to key players within industry and offered me résumé review, mock interview, exclusive research and internship opportunities.”

These skills helped Castrejon land internships and jobs, but CEED also taught him the soft skills which helped him navigate the office dynamics at those jobs.

“CEED enabled me to assimilate into its sister professional organizations such as SHPE (Society of Hispanic Professional Engineers) , AISES (American Indian Science and Engineering Society), and NSBE (National Society of Black Engineers),” he said. “I owe a lot of my sociability that has led to success in navigating the politics of the workplace, to the work that CEED does. Thanks to them, I have been highly promotable within my career to date. But more importantly, I have been impactful to those around me including fellow employees, direct reports, customers and suppliers.” 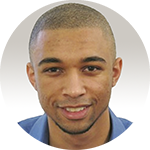 Chris Clark graduated from UCLA in 2008 with a bachelor’s degree in computer science and engineering, and applied mathematics. He’s now working as a staff software engineer at Google’s Los Angeles office, managing a team of eight engineers focused in the Ads Engineering Productivity space. Clark said CEED was instrumental in his academic success at UCLA.

“From tutoring opportunities to academic excellence workshops and research opportunities, CEED [not only] helped me adjust during my transition to college in my earlier years, but also really identify my passion in the field in my later years,” Clark said. “Through CEED I was also able to really give back to others through the many volunteering opportunities as well.”

Being a part of CEED, you learn how to navigate the corporate arena in many ways.

Clark added that CEED gave him access to internships and other opportunities which helped him grow as an engineer, while equipping him with the skills necessary to land those internships and perform well.

“Being a part of CEED, you learn how to navigate the corporate arena in many ways. There were also countless opportunities to interact with industry representatives and understand how to cultivate those types of relationships,” Clark said. “This has been critical for me as I have grown in my career. The connections to industry enabled me to land summer internships and research opportunities, and by the time I graduated I was very confident in what I wanted to do and what type of corporate environment suited me.” 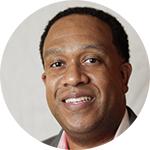 Christian Duncan graduated from UCLA in 2003 with a bachelor’s in electrical engineering. He’s now working as director of corporate strategy and new business development at Verizon. Duncan said CEED helped him even before he took a single class at UCLA through its Freshman Summer Bridge program.

“Participation in CEED’s summer bridge program quickly acclimated freshmen engineering students of color to the rigorous academic expectations, and helped give us the confidence needed to thrive inside and outside of the classroom,” Duncan said. “Later in my college career, when I returned to campus after having taken a year off for health reasons, it was my CEED family that encouraged me through the completion of my EE degree and ensured I stayed on track personally and academically.”

CEED also helped Duncan by giving him access to scholarships and internships offered by leading engineering companies — exposure that allowed him to meet industry leaders and launch his professional career.

“As a student leader of the National Society of Black Engineers (NSBE), I feel that CEED and Rick [Ainsworth] in particular created spaces where we learned to not only advocate for ourselves, but more importantly for our student organizations,” Duncan explained “By setting a standard of excellence both academically and professionally, CEED gave me leadership tools that I still use to this day and that have helped me succeed as a leader in corporate America.”