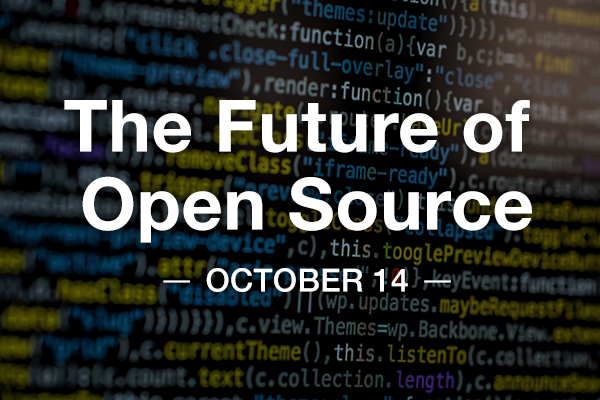 The Future of Open Source

This online event explores proposed “ethical” open source licenses, to scope them within broader drives towards accountability in the tech sector.

About this online event
In the decades since the term was first coined, open-source software has become a foundation for the Internet. Around three-quarters of businesses leverage open-source software in some form, from giant companies like Amazon, Microsoft, and Google, to leading non-profit and community-based projects like Wikipedia and Creative Commons. However, the proliferation of dystopian technologies which may be built on the backs of open source programs, such as all-powerful facial recognition and surveillance networks and even autonomous weapons systems, has led some to question the foundational belief in the ethical neutrality of technology which has traditionally been at the core of the open source movement. At what point should our optimism about the transformative impact of new technologies give way to a more nuanced understanding of the harms and risks that have begun to manifest, and how should these considerations be reflected in our approach to licensing?

This panel series will explore the interplay between ethics and open source licensing, and in particular will consider whether proposals to embed human rights principles into new standard-form open source licenses are practical, legally effective, and beneficial to ongoing efforts to support human rights in the tech space.

Panel 2 – Conditional Licensure, Ethics and the Law
Ethical open-source licensure offers potential benefits but also challenges to the traditional status quo underlying the open-source movement. This panel will address questions regarding the costs and benefits related to an embrace of conditionality in open-source licenses: