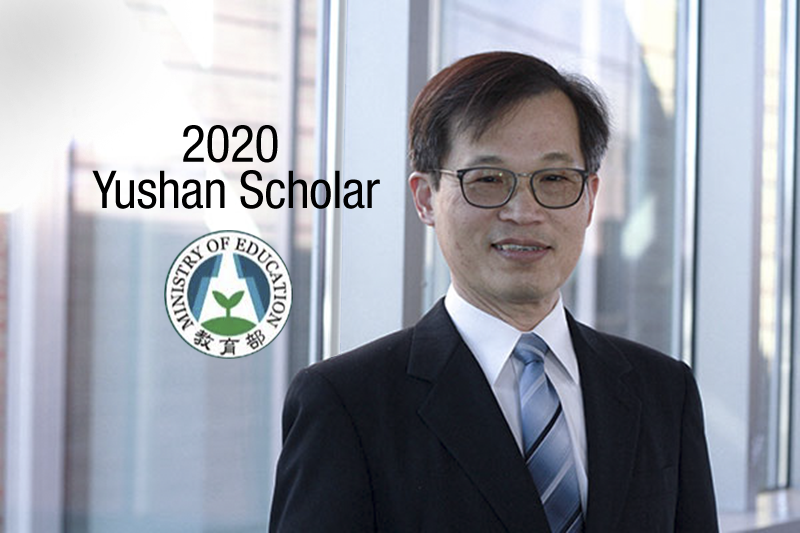 UCLA Samueli School of Engineering Associate Dean for Academic Personnel Jia-Ming Liu, a distinguished professor of electrical and computer engineering, has been named a 2020 Yushan Scholar by the Taiwan Ministry of Education. Liu, who was also recently named an endowed faculty chair, is one of only 43 scholars globally to receive the prestigious scholarship. The award supports a three-month exchange program per year for three years to teach and conduct research at the National Chung Hsing University (NCHU).

Named after the tallest mountain in Taiwan, the Yushan Scholarship or “Mount Jade Scholarship,” is the highest honor given by the Taiwan Ministry of Education (MOE). Established in 2018, the program recruits top international scholars to teach at various Taiwan universities and colleges in an effort to expand international academic capacity in Taiwan’s academic environment and enhance the international influence of Taiwan’s higher education.

Yushan scholars must meet one of the following criteria: established international academic reputation or cutting-edge expertise in a core technology, recipients of highly recognized awards and outstanding contributions to their area of academic expertise in the past five years. Candidates are nominated by national universities and selected through public review and competition.

A native of Taiwan, Liu received his bachelor’s degree in electrophysics from the National Chiao Tung University, Taiwan in 1975 before earning his master’s degree and Ph.D. in applied physics from Harvard University in 1979 and 1982 respectively. After serving as a faculty member at the State University of New York at Buffalo, Liu joined the UCLA department of electrical engineering faculty in 1986 and is a fellow of the IEEE, the Optical Society of America and the Guggenheim Foundation. In 2020, he was named the holder of the Northrop Grumman Opto-Electronic Chair in Electrical Engineering.