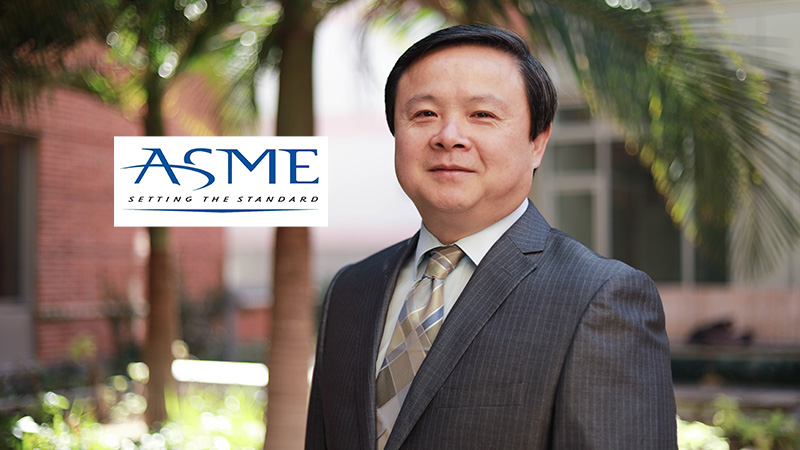 Established in 1990 by the society’s Production Engineering Division (now known as the Manufacturing Engineering Division) in conjunction with the Alcoa Company, the ASME award recognizes individuals who have either developed or contributed significantly to “an innovative manufacturing technology, the implementation of which has resulted in substantial economic and/or societal benefits.”

Li, who holds the Raytheon Endowed Chair in Manufacturing Engineering, also has a joint appointment in the Materials Science and Engineering Department at the UCLA Samueli School of Engineering. He leads the SciFacturing Laboratory that adopts a science-driven approach to its theoretical and experimental research. His work has resulted in the discovery of how nanoparticles disperse in molten metals and helped explain nanoparticle-metal interactions, the precision control of materials’ microstructures and characterizations of material properties. The lab has also developed scalable processes for commercial production.

In addition, Li has also been developing new materials-manufacturing processes, such as improvements in nanoparticle-enabled melting and solidification, as well as creating new technology-enhanced materials, such as versatile aluminum alloys, lighter high-performance metals and tougher glasses.

Li’s groundbreaking accomplishments have earned him many accolades, including being elected as a fellow of the National Academy of Inventors, ASME and the International Society of Nanomanufacturing.