Washington Post: Bringing the Chill of the Cosmos to a Warming Planet 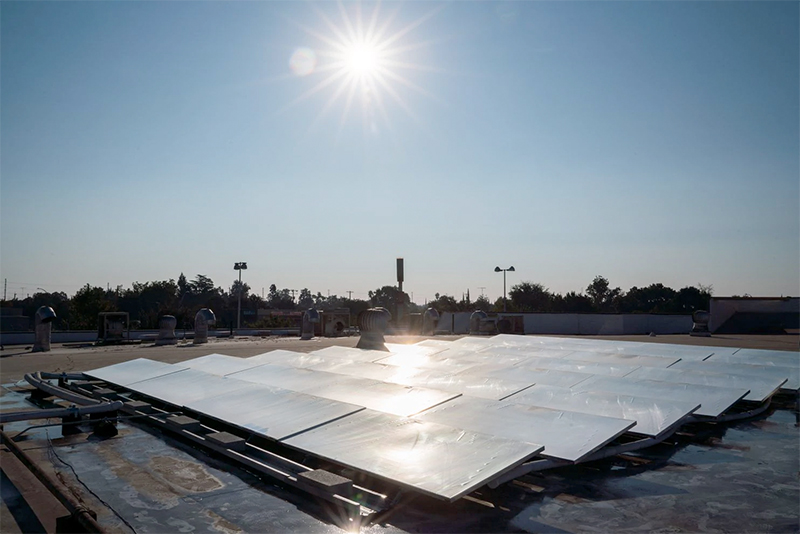 Sarahbeth Maney for The Washington Post
SkyCool panels send heat to the sky and pull down cooling from space. They’re used to help keep refrigerators cool, reducing the amount of electricity they need, at Grocery Outlet in Stockton, Calif.

The advance leverages a natural phenomenon once harnessed by people in North Africa, India and Iran to make ice.

“Working with colleagues, he has developed a thin, mirror-like film engineered to maximize radiative cooling on a molecular level. The film sends heat into space while absorbing almost no radiation, lowering the temperature of objects by more than 10 degrees, even in the midday sun. It can help cool pipes and panels — like a booster rocket for refrigerators and cooling systems. Incorporated into buildings, it may even replace air conditioning. And it requires no electricity, no special fuel — just a clear day and a view of the sky.

‘It sounds improbable, Raman acknowledged. ‘But the science is real.’

Generations after people learned to make ice in the desert, he hopes that same science can help us survive in a rapidly warming world.”

Raman, who received a Sloan Fellowship for his research in 2019, has also been featured for his innovative work on advance cooling materials in The New York Times, and UCLA Magazine.