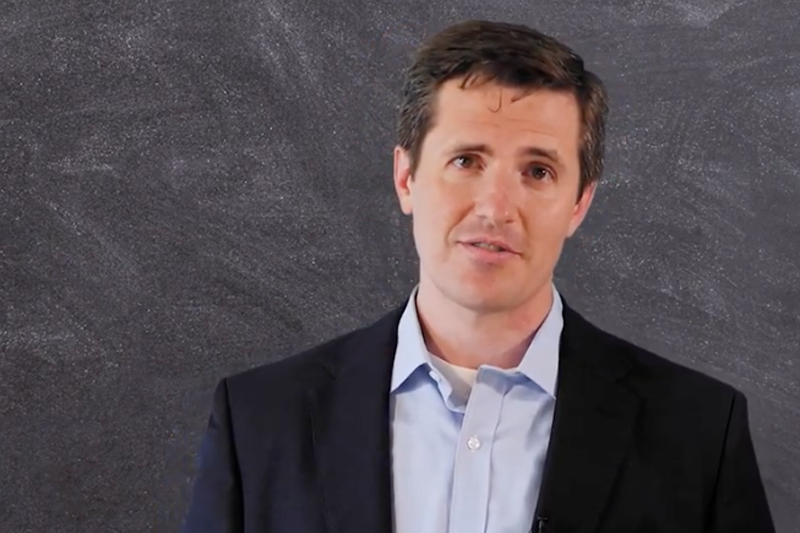 Hopkins found himself inspired by the many creative ways YouTube channels are used to share scientific information with the general audience — approaches that are often in direct contrast to the deliberate pace of peer-reviewed science journals.

“YouTube is another disruptive technology like Gutenberg’s press was,” Hopkins said. “There are all sorts of ways [through which] it democratizes the dissemination of information.”

Hopkins noticed the video creators have varied academic credentials for the subject matter they cover, and overall, he was impressed by their high standards and delivery of complex content.

Most notably, popular channels such as Veritasium, It’s Okay To Be Smart, SmarterEveryDay and Vsauce have view counts in the millions.

“It takes more time to plan a conference talk and make the slides than to make a video that you post,” Hopkins said. “And then everyone’s watching it for the rest of your career 24/7 every day.”

Hopkins decided to launch his own YouTube channel The FACTs of Mechanical Design after stumbling upon a Veritasium video on compliant mechanisms. The video featured one of his mentors, Larry Howell, a mechanical engineering professor at Brigham Young University.

Hopkins leads the Flexible Research Group at UCLA and has pioneered a design approach for synthesizing compliant systems called Freedom, Actuation and Constraint Topologies (FACT), which is taught in universities around the world. In 2016, his research in flexible structures, mechanisms and materials also earned him the Presidential Early Career Award for Scientists and Engineers (PECASE) — the highest honor for young researchers in the U.S.

Hopkins knew that it would be critical to produce an engaging first video in order to pique viewer interest — the same way a book should have an engaging first chapter. His “studio” includes a Panasonic gh5 camera and an iPhone. Hopkins also uses a green screen, which as he discovered can be made with green paper from any craft store, and a b-roll clip service for videos and music. To edit his videos he uses Adobe Premiere Pro.

While some educators may find the process of creating a YouTube channel daunting, Hopkins stressed that the time it took was a worthy investment.

“It takes more time to plan a conference talk and make the slides than to make a video that you post,” Hopkins said. “And then everyone’s watching it for the rest of your career 24/7 every day.”

To help his audience better understand compliant mechanisms, Hopkins uses everyday examples such as origami and flexible machines that bend and deform to achieve a desired task. Of course, it gets a bit harder with soft robots, precision flexure bearings, flexible medical devices and microelectromechanical (MEMS) systems.

Hopkins found that videos could more clearly demonstrate the concepts of compliant mechanisms than words.

“It’s like a more powerful, disruptive textbook,” Hopkins said of the dynamic nature of video. “In a textbook, you have still figures, but for compliant mechanisms, you really need to visualize [things] moving.” 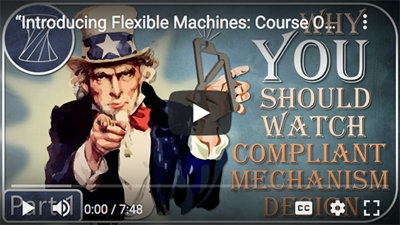 Hopkins’ first video, Introducing Flexible Machines: Course Overview, currently has more than 15,000 views. The short clip introduces viewers to flexible machines by providing real-world examples, illustrating the ways in which flexible machines can be integrated into our everyday lives as examples of biomimetic design in action. The video demonstrates the ways flexible design works with visual prototypes.

Since integrating his YouTube video lectures into the course on compliant mechanisms, Hopkins said his class sizes have grown, which he contributed in part to advertising the channel on social media platforms such as LinkedIn. The interactive qualities of YouTube allow students to learn the content at their own pace by making use of features including rewinding and subtitles.

Hopkins looks forward to in-person instruction this fall, so that scheduled class times can be utilized to enable kinesthetic experiences with compliant mechanisms and models.

Besides its educational applications, Hopkins has noticed that the channel has disrupted the ways in which industry networking and research opportunities present themselves. His YouTube coverage has led to an uptick in outside interest in his research lab from companies that might not have otherwise come across his lectures.

“I want to do practical stuff that develops products and changes the world,” Hopkins said. “This YouTube channel is the introduction of me to companies, which I don’t have to seek out — they’re coming to me.”

As for supporting new research? “It’s already been a game changer in the grant-writing process, helping fund students on practical things that are going to generate patents,” Hopkins added.

In the future, Hopkins hopes that more UCLA professors will consider using YouTube to disseminate their content. As many YouTubers and content creators are located in the media and entertainment hub of Los Angeles, Hopkins feels this makes the platform an ideal resource. He looks forward to sharing his experiences of creating a YouTube channel with others in the UCLA community.