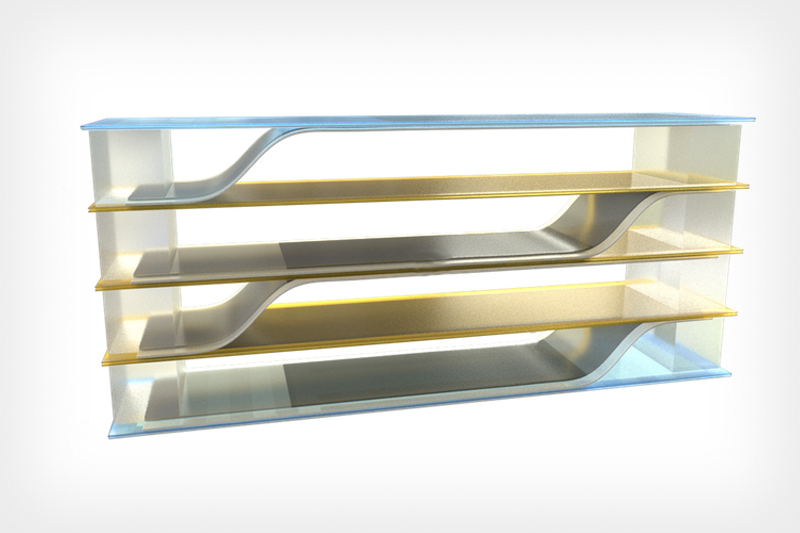 Materials scientists at UCLA Samueli School of Engineering have made major design-improvements to a thin, flexible device that could cool flexible electronics by as many as 16 degrees Fahrenheit. According to the research, the temperature drop is large enough to keep wearable electronics or soft robots from overheating. The technology could also be adopted to develop personal-cooling seating pads in hot weather, an idea that prompted the research in the first place. A study detailing the research was published in Nature Energy.

The research team uses a stack of four layers of thin polymer film, a combined 1 centimeter in thickness, that transfers heat away from its source — for example, a running battery or computer processor. Because the polymer film is pliable, the device could accommodate movement and be adapted for devices with complex curves. Inside, the thinly layered film moves back and forth like a wave when the electric field is applied — this action helps pull heat away from the bottom layer and thereby lower the object’s temperature.

Beyond the improvements in cooling, the researchers also increased energy efficiency of the device by recycling electricity among the layers of the polymer film. In 2017, the same group of researchers first demonstrated the concept published in Science. The team lowered the temperatures of a battery in use by about 6.8 degrees Fahrenheit — a significant decrease, but not enough for potential electronic applications.

“People had tried other ways to increase the cooling effect, often by adding a pump or motor, but the temperature drop was still not quite enough for industry to adopt them,” said study leader Qibing Pei, a professor of materials science and engineering at UCLA Samueli. “This improved approach stacks a number of the cooling unit we developed on top of one another, which enabled us to keep a very simple architecture while further decreasing the temperature of the object that needs to cool, such as a battery.”

Pei, who also holds a UCLA faculty appointment in mechanical and aerospace engineering, said the new multilayer design could allow a stack of six, or even eight units, to see additional cooling.

The advance, however, involved more than simply adding the cooling units atop one another. The researchers had to sync up alternate movements of the units, creating a cascading effect that pulls up heat.

The research was supported by the Office of Naval Research , an organization within the United States Department of the Navy responsible for the science and technology programs of the U.S. Navy and Marine Corps.