The UCLA Henry Samueli School of Engineering and Applied Science celebrated the accomplishments of students, faculty and alumni at its annual Awards Dinner Saturday.

Joanne Maguire MS ’78, a longtime aerospace and defense industry leader who capped her stellar career as executive vice president of Lockheed Martin Space Systems  Company, was honored as the 2017 Alumna of the Year. At Lockheed Martin, Maguire oversaw an $8-billion portfolio, including programs for human space flight systems, satellites, defense systems, space observatories and interplanetary space craft, before retiring in 2013.

Lawrence E. Tannas, Jr. ’59, MS ’16 was recognized for his numerous achievements, from early part of the U.S. Space Program, to the birth of the information display industry. Tannas and his wife Carol are longtime supporters of UCLA Engineering.

Jayathi Murthy, the Ronald and Valerie Sugar Dean of UCLA Engineering, welcomed more than 400 attendees to the gala, which was held at the new Renee & Meyer Luskin Conference Center on the UCLA campus. Krisztina ‘Z’ Holly, who hosts “The Art of Manufacturing” podcast and the founder of MAKE IT IN LA, was the program’s emcee.

The evening also saw the debut of a new video, featuring current engineering and computer science students sharing their enthusiasm for UCLA. The dinner was made possible by 14 sponsors. 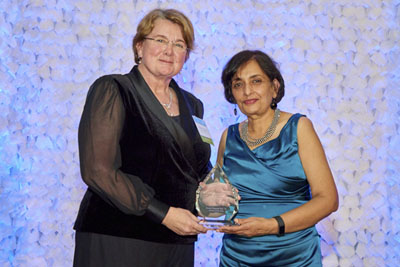 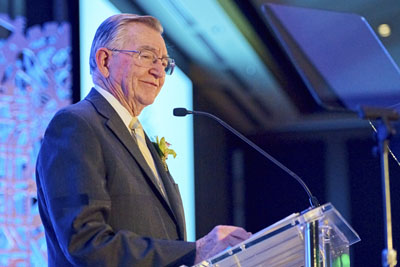 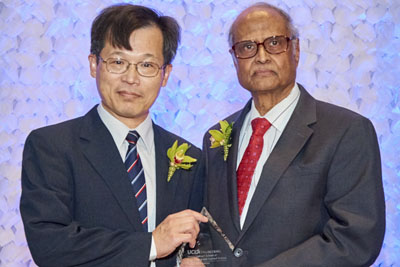 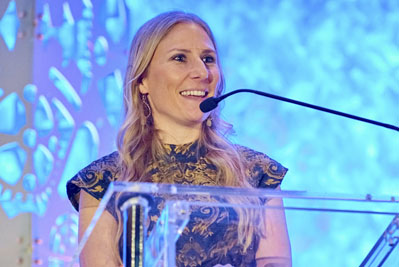 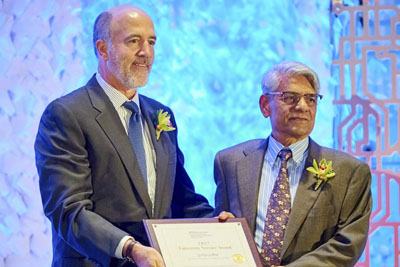 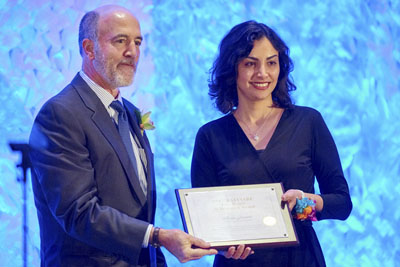 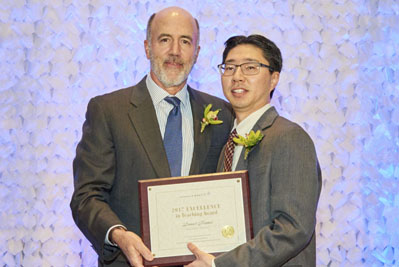 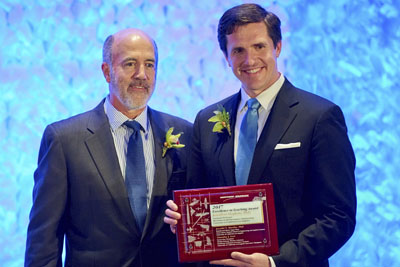 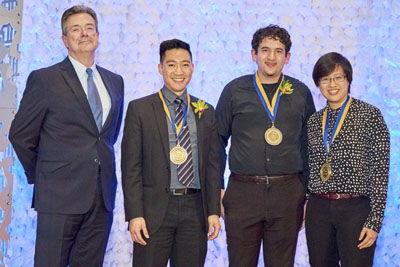