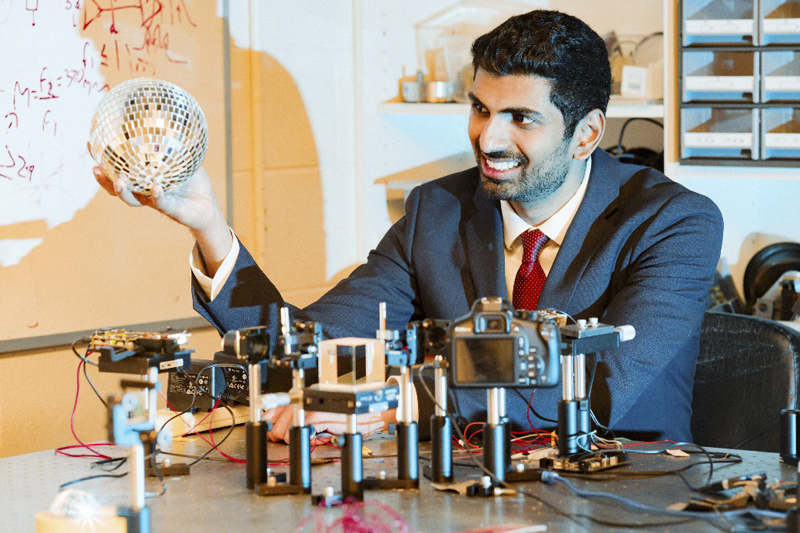 Achuta Kadambi, an assistant professor of electrical and computer engineering at the UCLA Samueli School of Engineering, has received a National Science Foundation CAREER award, the agency’s highest honor for faculty members in the early stages of their teaching and research careers.

The award includes a five-year, $500,000 grant to support Kadambi’s research toward developing light-based sensing technologies, such as facial recognition or medical imaging, that are more inclusive across a diverse spectrum of skin colors and types.

Anatomical variations — darker to lighter shades, or smoother versus more wrinkled skin — often influence how someone’s image appears on sensing devices. Current efforts to make technologies more fair and inclusive have focused on using artificial intelligence to discern information. Instead, Kadambi will lead research that explores the physics of light and how it interacts with variations in appearances.

Kadambi noted that the inspiration for pursing this topic derived from his own experiences with light-based sensor technologies, including one frustrating incident at an airport where he had to ask fellow travelers to help him activate light-controlled soap, water and towel dispensers that failed to trigger on his darker skin tone.

In 2018, Kadambi joined the UCLA faculty and has since taught courses on digital-imaging processing and computational imaging. He leads the Visual Machines Group, which develops computational-imaging systems to enhance sight for machines. Such technologies could apply to autonomous vehicles, search-and-rescue robots, as well as advanced imaging for medicine and health care. He also holds a faculty appointment in computer science.

In addition to receiving a Google Faculty Award, Kadambi has been elected a senior member of the National Academy of Inventors, and was included in Forbes 2019 ’30 Under 30‘ list for science. He is also the co-founder and chief scientist for Akasha Imaging, a venture-backed startup that designs camera hardware and artificial intelligence to enhance computer vision.

Since 2016, more than 20 faculty members affiliated with UCLA Samueli have received an NSF CAREER Award.