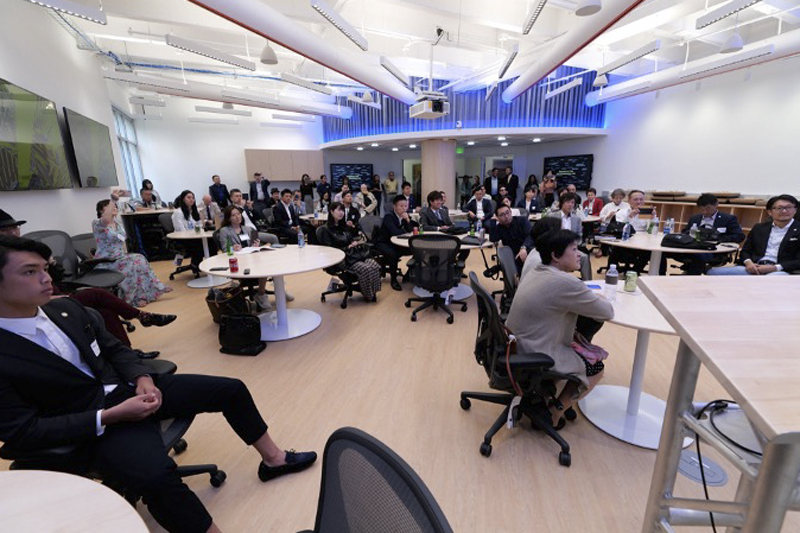 On the 51st anniversary of the birth of the internet, Leonard Kleinrock, internet pioneer and a distinguished professor of computer science at UCLA Samueli School of Engineering, has announced the debut of the website for the UCLA Connection Laboratory, which fosters interdisciplinary research on the latest communications and computing technologies.

Established in 2018, the lab was made possible through a $5 million gift by the Sunday Group, a Las Vegas-based software company specializing in blockchain and AI technologies.

Drawing inspiration from the school’s foundational role as the birthplace of the internet, the UCLA Connection Lab focuses on cutting-edge technologies such as computer networks, wireless technology, cryptography, security, network protocols, blockchain and distributed systems among others.

Directed by Kleinrock, the lab is designed to provide an environment that will support advanced research in technologies at the forefront of all things regarding connectivity and will deliver the benefits from such research to society globally.

“The UCLA Connection Lab is a new research center devoted to shaping the future of the internet. It is an environment of collaborative, interdisciplinary, open research with an underlying theme, and that theme is connectivity,” Kleinrock said.

Today, in the midst of a global pandemic, the internet Kleinrock helped create has proved its resilience and adaptability to continue to provide much needed global connectivity. While the lab is physically closed in order to curb the spread of coronavirus, its website enables UCLA faculty, students and visitors to continue pursuing advanced research challenges remotely without external constraints on scope or risk. By so doing, the goal is to replicate the environment that led to the internet.

Kleinrock established the underpinning framework of the internet in the 1960s. He undertook the challenge first a graduate student at the Massachusetts Institute of Technology, where he created the mathematical theory of packet switching, which allows different computers to communicate with one another. Six years later, as a UCLA computer science professor, Kleinrock put his theory into practice, working with the Advanced Research Projects Agency (which later become Defense Advanced Research Projects Agency, or DARPA).

On Oct. 29, 1969, Kleinrock and his team of colleagues and graduate students successfully sent the first message from his UCLA laboratory over the Arpanet to the Stanford Research Institute, transforming his packet-switching theory into what would become the modern-day internet.

Kleinrock has received numerous major honors for his transformational work on the internet, including the National Medal of Science, the nation’s highest award for scientific achievement and the UCLA Medal, the campus’ highest honor. On the 50th anniversary of the internet last year, Mayor Eric Garcetti presented Kleinrock with the key to the City of Los Angeles. He is only the fourth recipient of such an honor in the Garcetti administration.

The Connection Laboratory, located on the third floor of Boelter Hall, lies just a few doors down from room 3420, which in the 1960s and 70s, was the location of Kleinrock’s research laboratory at UCLA. Today, 3420 Boelter houses the original Interface Message Processor, the refrigerator-sized machine analogous to today’s routers, which sent the first internet message. The room has become a popular tour stop by journalists and aspiring scientists ever since that momentous occasion more than half a century ago.