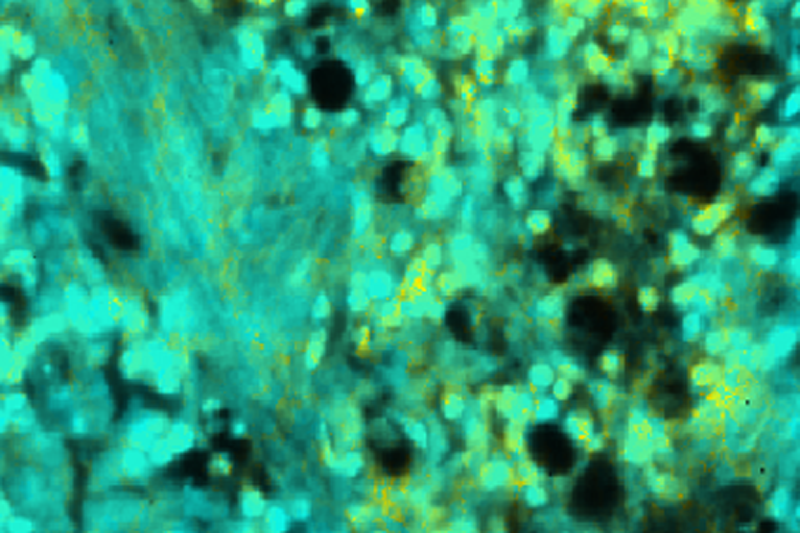 By UCLA Samueli Newsroom
Liang Gao, an assistant professor of bioengineering at the UCLA Samueli School of Engineering, and his colleagues have developed the world’s fastest fluorescence lifetime imaging microscopy (FLIM) technology. The advance enables production of high-resolution, multidimentional images at an unprecedented speed in one single camera snapshot of live biological events.

The study was recently published in the Proceedings of the National Academy of Sciences, which highlighted the technology’s capability of capturing the firing of neurons, a type of brain cell, grown in culture.

FLIM relies on fluorescent molecules that temporarily lightup, much like a glow stick, when activated in order to capture their movements. These molecules glow only for a few billionths of second in their “fluorescence lifetime.” This extremely short time frame varies for different molecules, so it can be used as a fingerprint of sorts to detect which target molecules are present and their precise location. 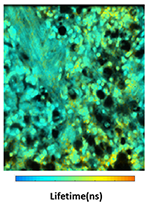 The team’s new technology, called compressed-sensing FLIM, results in high-resolution, wide-field images at 100 frames per second, which is approximately 10 times faster than the conventional FLIM methods. The high speed and enhanced resolution allow the researchers to capture biological events in motion, such as a brain cell activating, and with a view wide enough to trace where molecules go from start to finish during the event.

The study was led by Gao, who directs the Intelligent Optics Laboratory. The other authors on the paper are UCLA bioengineering graduate student and lead author Yayao Ma, and University of Illinois Urbana-Champaign graduate student Youngjae Lee and research assistant professor Catherine Best-Popescu.