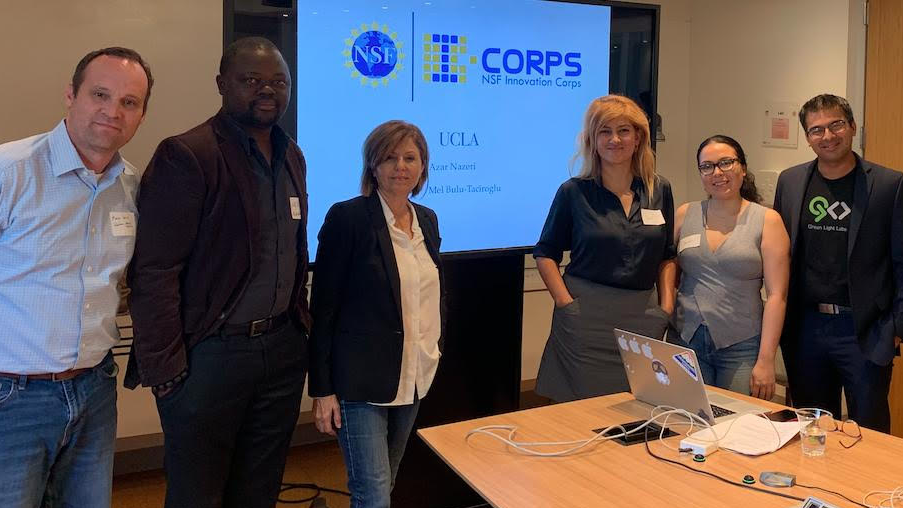 The NSF established the I-Corps program in 2011 as part of its National Innovation Network to advance academic research and breakthrough discoveries developed at the universities from the laboratories to the marketplace. UCLA, USC and Caltech have been the founding members of the I-Corps program’s Innovation Node – Los Angeles (IN–LA) since 2014, with USC being the lead.

“The Western region hub will grow and develop UCLA’s innovation ecosystem by strengthening and supporting a diverse and inclusive community of pioneers,” said Wakimoto.

UCLA Vice Chancellor for Research Roger Wakimoto will be a co-principal investigator for the Western region hub and is the principal investigator at UCLA’s program. Distinguished Professor Dwight Streit of materials science and engineering is the lead faculty at UCLA. Senior technology strategist Azar Nazeri at the UCLA Samueli Institute for Technology Advancement serves as UCLA’s program manager. Meliha Bulu Taciroglu, adjunct professor of economics, is UCLA’s assistant program manager and lead instructor.

“We are very excited to be an integral partner in this new venture,” Wakimoto said. “The Western region hub will grow and develop UCLA’s innovation ecosystem by strengthening and supporting a diverse and inclusive community of pioneers. We have seen tremendous outcomes in our previous work with the NSF I-Corps program, and this expansion will enable more UCLA engineers and scientists to play a vital role in commercializing breakthrough technologies.”

The I-Corps program at UCLA starts with regional short classes of ZAP! and BOOM based on the “Lean Startup” methodology. Participants are also offered consulting and coaching to help secure an NSF National I-Corps grant. After a team’s successful completion of the regional classes and passing a rigorous selection process at UCLA and IN-LA, the program will recommend and sponsor the team for the NSF national cohort where the researchers undergo a seven-week intensive “Customer Discovery” program and are awarded a $50,000 grant.

“The hub will bring together the knowledge and expertise of innovative faculty, graduate students and postdoctoral scholars, transforming technological inventions into commercial applications faster and with less risk of failure,” said Jayathi Murthy, Ronald and Valerie Sugar Dean of Engineering at UCLA Samueli. “The curriculum that the researchers go through in the I-Corps program gives them real knowledge of the market so they can test their product’s market fit and understand their customer base with NSF funding in a short, concentrated time with no strings attached and no loss of equity.”

As part of IN-LA, UCLA has trained more than 200 individuals and teams over the last seven years and has helped 15 of those teams get accepted into the NSF I-Corps national program. One of the UCLA teams, led by UCLA Samueli civil and environmental engineering professor Gaurav Sant, received an NSF National I-Corps grant and earlier this year became the first university team to win an XPRIZE — a $7.5 million grand prize in the NRG COSIA Carbon competition.

UCLA has been conducting regional cohorts at partner schools since 2016 to identify and vet qualified teams for national cohorts, providing guidance and training to some campuses in the University of California and California State University systems.

The I-Corps Hub West region will continue to welcome new universities into the program every year to create an established network of innovation and entrepreneurship in the Western United States. Uplifting creative minds from diverse backgrounds, the hub will foster the development of deep technologies that challenge the status quo and pave the way for new approaches to problem-solving.