The UCLA Samueli School of Engineering welcomes 11 new faculty members to its growing roster for the 2019-20 academic year. The school is undergoing its most dramatic expansion since its founding in 1945. The growth, which will continue well into the next decade, will add nearly 100 new full-time professors, bringing the total full-time faculty membership to 250. Over the same period, the school will grow to at least 7,000 undergraduate and graduate students.  Profiles of the new faculty members are below. 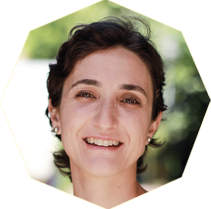 Aiello is interested the role of quantum physics on biology at the nanoscale. She designs nanoscale sensors that work at room temperatures and can isolate quantum effects inside noisy environments.

Her research group, the Quantum Biology Tech (QuBiT) Lab, will perform quantum measurements on “living sensors,” such as proteins, cells and microorganisms, to understand how they interact with their environment. This knowledge can lead to a broad range of discoveries, for example, how animals navigate, advanced therapeutics for metabolic-related diseases, and quantum information strategies for computing.

Aiello received her Ph.D. from MIT in electrical engineering. She joins UCLA following postdoctoral appointments in bioengineering at Stanford, and in chemistry at UC Berkeley. Her honors include the Life Sciences Research Foundation Postdoctoral Fellowship from the Gordon and Betty Moore Foundation, and MIT’s School of Engineering Graduate Student Award for Extraordinary Teaching and Mentoring. 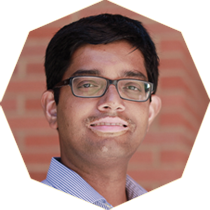 Banerjee’s research interests are in developing mathematical and computational tools for the discovery and characterization of novel materials and structures.

He is particularly interested in the use of quantum mechanical methods to study materials at small scales, and in pushing the limits of such methods to further their applicability and usage. His work has applications in the design of new materials for energy storage and conversion technologies, as well as the study of defects in materials. Banerjee is also greatly fascinated by the role of symmetry in nature and has been using the mathematical principles behind symmetry to investigate problems related to materials discovery, wave-propagation, molecular self-assembly and the design of computational solvers.

He received his Ph.D. from the University of Minnesota and has been a postdoctoral fellow at the Lawrence Berkeley National Laboratory. 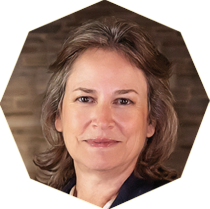 Emily A. Carter is executive vice chancellor and provost (EVCP) and distinguished professor of chemical and biomolecular engineering at UCLA.

Carter began her independent academic career at UCLA in 1988, rising through the chemistry and biochemistry faculty ranks before moving to Princeton University in 2004, where she spent the next 15 years jointly appointed in mechanical and aerospace engineering and in applied and computational mathematics. During her first stint at UCLA, she helped launch two institutes that still exist today: The Institute for Pure and Applied Mathematics and the California NanoSystems Institute.

While at Princeton, she held the Arthur W. Marks ’19 and the Gerhard R. Andlinger Professorships. After an international search, she was selected to be the founding director of Princeton’s Andlinger Center for Energy and the Environment. From 2010 to 2016, she oversaw the construction of its award-winning building and state-of-the-art facilities, the development of novel educational and research programs, and the hiring of its faculty and staff. After a national search, she served from 2016 to 2019 as Princeton’s dean of engineering and applied science, where she spearheaded major research, education, outreach and diversity initiatives, before returning to UCLA as EVCP in September 2019.

Carter maintains a very active research presence, developing and applying quantum mechanical simulation techniques to enable discovery and design of molecules and materials for sustainable energy. Her research is supported by multiple grants from the U.S. Department of Defense and the U.S. Department of Energy. The author of more than 400 publications, Carter has delivered more than 550 invited and plenary lectures worldwide and has served on advisory boards spanning a wide range of disciplines. She is the recipient of numerous honors, including election to the U.S. National Academy of Sciences, the American Academy of Arts and Sciences, the U.S. National Academy of Inventors, and the U.S. National Academy of Engineering. Carter earned a B.S. in chemistry from UC Berkeley in 1982 (graduating Phi Beta Kappa) and a Ph.D. in chemistry from Caltech in 1987, followed by a brief postdoc at the University of Colorado, Boulder, before joining the UCLA faculty. 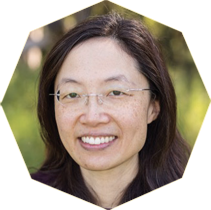 Chen studies the design and function of molecules, in particular RNA, and how they have evolved to play key roles in living systems.

This knowledge could offer new insights into the earliest life on earth. It could also lead to the design of synthetic cells for biotechnology. Her research also looks at bacteriophages, viruses that infect bacteria, and how to engineer them into tools for medical applications.

Her honors include an NIH Director’s New Innovator Award, a Dreyfus Teacher-Scholar Award, and a Searle Scholar Award. She is an investigator with the Simons Collaboration on the Origins of Life.  Chen holds a Ph.D. in biophysics from Harvard University and an M.D. in health sciences and technology, from Harvard Medical School and MIT. Following her graduate studies, she was a Bauer Fellow at Harvard’s FAS Center for Systems Biology. Chen is on the chemistry and biochemistry faculty at UC Santa Barbara and joins UCLA in 2020. 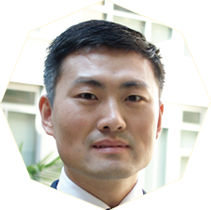 Chen’s research focuses on nanotechnology and bioelectronics for energy, sensing, and health care applications in the form of textiles and wearables.

His honors include the Materials Research Society Graduate Student Award, and the Chinese government’s award for outstanding students abroad. Chen received his Ph.D. from Georgia Tech in 2016. He filed for 10 U.S. patents and licensed one. And he has published two books, and 85 journal articles, including 45 as the first or corresponding author. Prior to joining UCLA, he was a postdoctoral scholar at Stanford University. 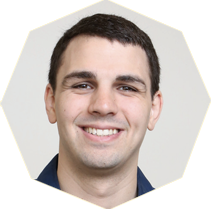 His research is focused on synchronizing the efforts of surgeons and mechatronic engineers to enable co-development of body and machine, in pursuit of bionic performance that is superior to what is possible with mechatronics alone.

Clites received his Ph.D. from the Harvard/MIT program in Health Sciences and Technology. He was named to the 2018 Forbes 30 Under 30 list in healthcare, and was awarded the Lemelson-MIT Student Prize for excellence in invention. Clites is currently a postdoctoral fellow at the University of Michigan, and will join UCLA in 2020. 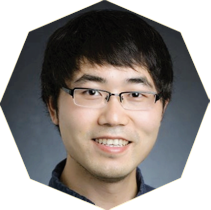 This includes advances in hyperspectral and ultrafast imaging, photoacoustic tomography, and microscopy. His honors include the MIRA Award for early stage investigators from the National Institutes of Health, and the National Science Foundation’s CAREER Award.

Gao is an assistant professor of electrical and computer engineering at the University of Illinois, Urbana-Champaign and will join UCLA Samueli in January. Prior to Illinois, he was a scientist at Ricoh Research, and a postdoctoral scholar at Washington University in St. Louis. He received his Ph.D. from Rice University. 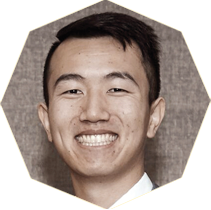 Li will pursue a broad range of innovations in renewable energy and environmental technologies.

This goal requires designing and engineering unique materials that satisfy extraordinary demands. To make significant breakthroughs in these areas, his research group will look to develop advanced microscopy techniques, such as cryogenic-electron microscopy. The insights from such experiments will establish fundamental guiding principles for future designs of next-generation materials for energy and environmental applications.

His honors include the National Science Foundation’s Graduate Research Fellowship and the Intelligence Community’s Postdoctoral Fellowship. Li is a postdoctoral scholar at Stanford University, where he also received his Ph.D. He will join UCLA Samueli in 2020. 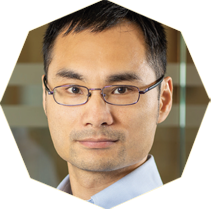 This research could lead to detailed and complex model tissues for drug screening, and ultimately, artificial organs that could be transplanted into humans.

Lin is currently a postdoctoral fellow at Harvard University’s John A. Paulson School of Engineering and Applied Sciences. He joins UCLA in January. His honors include the National Institute of Health’s Ruth L. Kirschstein Fellowship and the F. Hoffmann-La Roche Fellowship. Lin received his Ph.D. in physics from Cornell University. 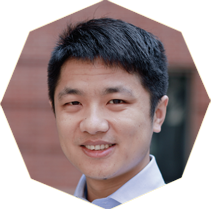 He develops online learning algorithms that can process and analyze high-speed streams of dynamic, multi-dimensional data as they’re generated in real-time. Yang plans to apply his research toward real-world applications, and he has already seen his algorithms used to speed up the discovery of astrophysical phenomena

Yang holds a Ph.D. in computer science, and a Ph.D. in physics and astronomy, both from Johns Hopkins University. There, he was a recipient of the Dean Robert H. Roy Fellowship. He joins UCLA from Princeton University, where he was a postdoctoral researcher. Yang has also been a visiting scientist at the Simons Institute for the Theory of Computing at UC Berkeley. 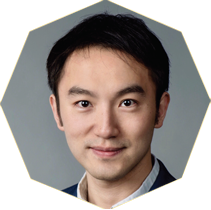 Zheng has received multiple early career awards including the Air Force Young Investigator Award, Office of Naval Research Young Investigator Award and the DARPA Young Faculty Award. He also receives the 3M Faculty Award, International Outstanding Young Researcher in Freeform and Additive Manufacturing Excellence (FAME) Award, Outstanding Young Scientist Award on Microsystems and Nanoengineering and Outstanding Assistant Professor Award.  His research is funded by the National Science Foundation, the Department of Energy, the Office of Naval Research, DARPA, Air Force, national laboratories and industrial companies. Before joining UCLA, Zheng was an assistant professor of mechanical engineering at Virginia Tech. Prior to that appointment, he was a research engineer at Lawrence Livermore National Laboratory. Zheng received his Ph.D. in mechanical engineering from Boston University.