Mehta receives NSF CAREER Award to bring robots to everyone

Mehta receives NSF CAREER Award to bring robots to everyone

Ankur Mehta, an assistant professor of electrical and computer engineering at the UCLA Henry Samueli School of Engineering and Applied Science, has received a National Science Foundation CAREER award, the agency’s highest honor for faculty members at the start of their research and teaching careers.

The grant will support his research that aims to democratize robotics – making robots available to everyone, everywhere. 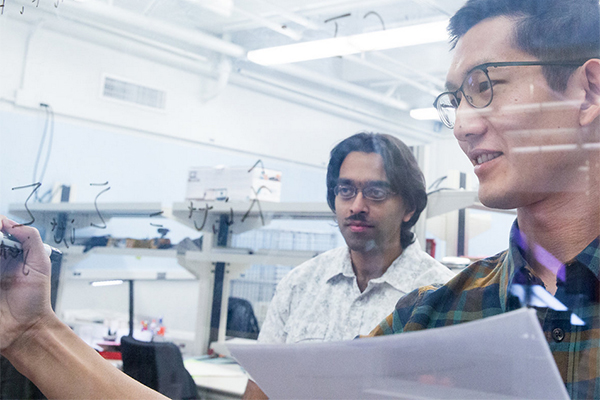 Thanks to the ubiquity of personal computers, powerful smart phones with intuitive apps, and a variety of smart and connected devices, the ability to solve problems that need computational power is now broadly available. However, similar capabilities to build automation to address tasks in the physical world lags far behind. Mehta aims to change that paradigm, ultimately making robots as pervasive as computers are today.

The new grant will support the development of on-demand creation of custom robots through user-friendly tools that someone without a technical background can use. In addition, the research will include exploring new algorithms for users to control these robots individually and in swarms.

In short, Mehta’s goal is for everyone to be able to say, for any personal physical task that needs to be solved, “There’s a robot for that.”

This is Mehta’s second NSF grant for democratizing engineering. In 2016, he received a grant for a computational approach to customizing design, which aims to build resources for people without the technical know-how of a domain expert to create their own custom objects.

Mehta joined UCLA in 2015 and directs the Laboratory for Embedded Machines and Ubiquitous Robots (LEMUR) He received his Ph.D. from UC Berkeley and was a post-doctoral scholar at MIT’s Computer Science and Artificial Intelligence Laboratories. In a short Q&A for the UCLA Engineering school website last year, Mehta answered a few questions on his research and teaching goals.