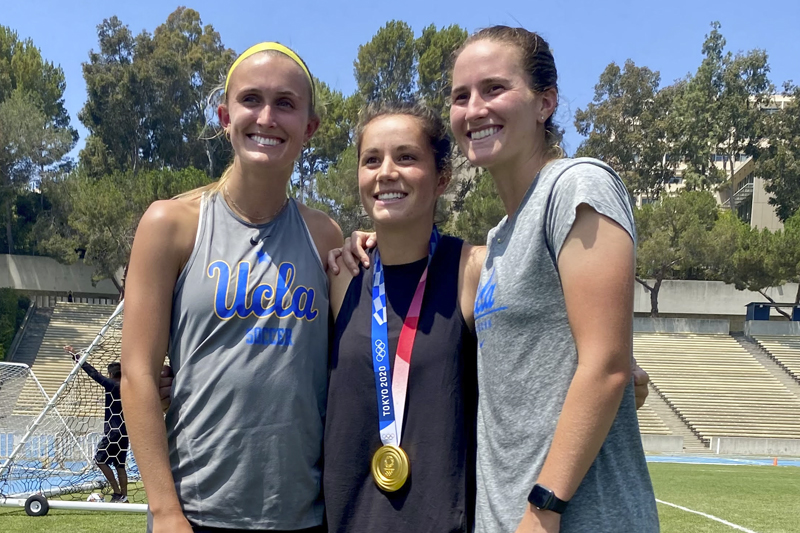 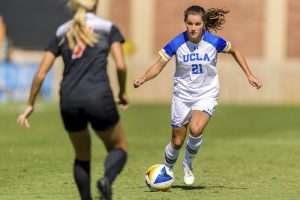 During regulation play against Sweden, Fleming scored the Canadian team’s game-tying goal on a penalty kick, leveling a contest between two teams vying for their first Olympic gold at 1-1. The midfielder again converted a penalty kick during the match-deciding shootout that led the Canadians to a 3-2 victory.

Fleming was also pivotal in securing Canada’s spot in the final. She scored the game-winning goal that ousted the top-ranked U.S. team 1-0 in the semifinals earlier in the week. Hailing from Ontario, Canada, Fleming has made numerous appearances with the Canadian national team, including at the 2015 and 2019 World Cups.

The Tokyo game was Fleming’s second appearance in an Olympic tournament. In 2016, she was a member of the Canadian team that won a bronze medal in Rio de Janeiro. Her UCLA career included two appearances in the NCAA College Cup and several national and Pac-12 conference honors.