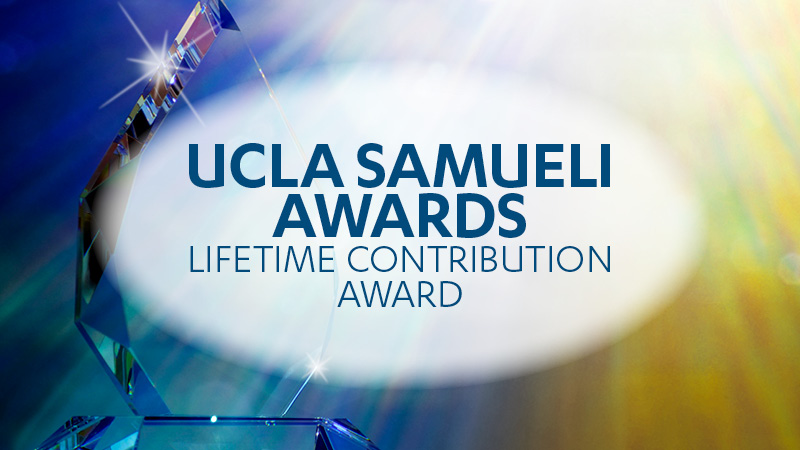 Every year, the UCLA Samueli School of Engineering selects and recognizes outstanding achievements by a number of its alumni, faculty members and students who have excelled in various fields. These awardees are honored at a formal school ceremony. Due to the pandemic, the in-person award presentation and public recognition of the 2021 honorees were rescheduled for May 2022. Below is the profile of the recipient for the Lifetime Contribution Award. 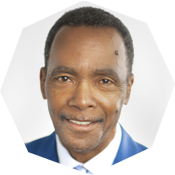 For his entire 45-year professional career, including more than 30 at UCLA, Enrique Ainsworth has been a much-admired innovator, leader, mentor and champion for increasing diversity in STEM fields by providing academic and emotional support for engineering students from groups that are underrepresented in the field to reach their educational and professional goals.

Ainsworth, who goes by Rick, joined UCLA in 1989 as the executive director of the Center for Excellence in Engineering and Diversity (CEED) — a groundbreaking K-20 initiative that partners with industry, faculty and school community groups to ensure equity and parity in educational pathways, before and during college, that lead to engineering and computing degrees.

Under his leadership, CEED narrowed the retention and achievement gaps for students from underrepresented populations — including Black, Latinx and Native American students. During his tenure, more than 1,500 UCLA students had earned engineering and computer science undergraduate and graduate degrees as CEED program participants.

Much of CEED’s success has resulted from building a cohesive, multicultural supportive community of CEED students who are provided with co-curricular group programs that target difficult concept areas where underrepresented students tend to encounter academic and self-efficacy challenges.

Ainsworth created several other CEED programs, including the Computing Immersion Summer Experience and Academic Excellence Workshops. Beyond its academic support and enrichment programs, CEED’s nurturing student community reflects Ainsworth’s own guiding principles. In 1990, the engineering retention to graduation rate for UCLA underrepresented engineering students and low-income students from urban high schools was 46%, while the overall freshmen retention to degree-completion rate was consistently around 77%. By 2000, the percentage of CEED freshmen engineering retention to the senior year rose to 61%, matching the national average for all engineering students. With six consecutive NSF awards over a 20-year period and 22 corporate and foundation supporters serving on the CEED’s Industry Advisory Board, CEED established a comprehensive K-20 STEM educational continuum that supported STEM enrichment programs for more than 850 urban middle and high school students and their teachers. In 2016, CEED’s freshmen retention to B.S. degree completion rate reached 78% compared to the school’s overall retention percentage of 84%. In addition, CEED students’ mean academic performance has been consistently at 3.3 GPA. Over the last 15 years, CEED students have increased their presence on the Quarterly Dean’s List from 12 students to a high of 56 in 2021.

Through CEED’s involvement in the National Consortium for Graduate Education for Minorities in Engineering (GEM) and the National Association of Multicultural Engineering Program Advocates, UCLA has cultivated a steady stream of GEM scholars.

Prior to UCLA, Ainsworth spent 14 years at California State University, Northridge, leading a similar program focused on diversity in engineering. He has been a sought-after speaker around the country on diversity issues in STEM. Ainsworth retired from UCLA in 2020, but he continues to serve as president emeritus of the National Association of the Multicultural Engineering Program Advocates (MEP), an organization of MEP diversity centers representing 68 schools of engineering.

Ainsworth has received many accolades, including GEM’s Director of the Year Award in 2019 and the inaugural Ray Landis Impact Award in 2018 from the University of California Mathematics, Engineering, Science Achievement (MESA) program.

For his decades of dedication to UCLA, STEM fields and empowering students from underrepresented communities, Enrique Ainsworth has been selected to receive UCLA Samueli’s Lifetime Contribution Award, one of its highest honors.