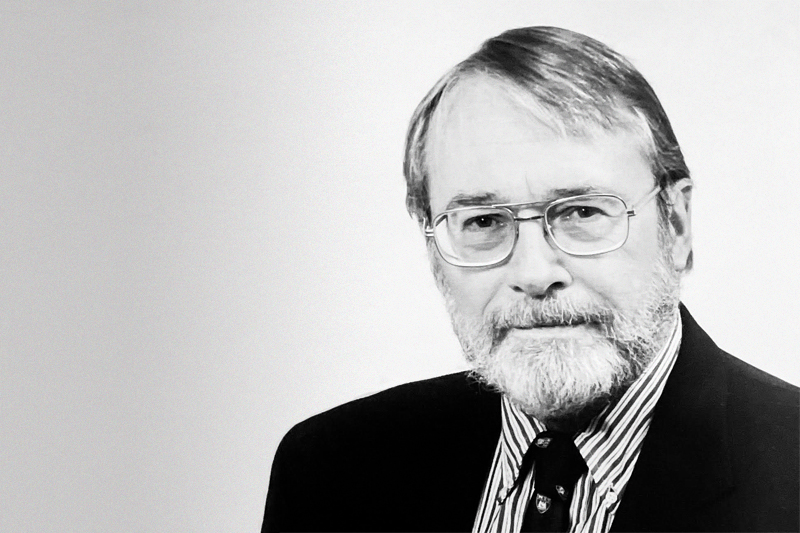 Robert E. Kelly, a professor emeritus of mechanical and aerospace engineering who joined the UCLA faculty in 1967, died peacefully July 11 after a months-long battle with cancer of the esophagus. He was 86.

Known as Bob to his friends and colleagues, Kelly’s research interests focused on the stability of fluid flows, including shear flows, stratified and rotating flows, interfacial phenomena, microgravity phenomena and related topics. He taught undergraduate and graduate classes on fluid mechanics and applied mathematics.

“Bob was an exceptionally gifted researcher, scholar, teacher and mentor,” said longtime colleague Ann Karagozian ’78, a distinguished professor of mechanical and aerospace engineering. “Beyond this, he was insightful, dedicated and selfless, possessing all of the characteristics one could ever want to have in a professional colleague and treasured friend. I will always be thankful for Bob and his impact on my life and career.”

Kelly was born in Harrisburg, Pennsylvania, to Bernard and Rose Kelly and grew up in Pennington, New Jersey. With a curious mind and broad interests, he earned a bachelor of arts from Franklin & Marshall College in Pennsylvania and a bachelor of science from Rensselaer Polytechnic Institute in New York. He earned his master of science and doctor of science degrees in the Department of Aeronautics and Astronautics at the Massachusetts Institute of Technology.

After earning his doctorate in 1964, Kelly accepted a position as a senior research fellow at the National Physical Laboratory in the United Kingdom, and then as an assistant research scientist at the UC San Diego branch of the Institute for Geophysics and Planetary Physics.

A highly regarded teacher, Kelly helped his students achieve their goals along with encouraging them to pursue their interests.

One of his former graduate students, Arne Pearlstein ’77, M.S. ’77, Engr. ’79, Ph.D. ’83, recalled how Kelly had a nurturing way of guiding his students along their individual degree paths, including offering a large degree of freedom to explore their own ideas. Pearlstein said Kelly emphasized an approach that would pay dividends down the road.

For example, Pearlstein described how, in his last year as a doctoral student, Kelly allowed him to work on research outside of his dissertation, first with professor Ken Nobe and one of Nobe’s students, and then with professor Sheldon Friedlander and one of his students. Both collaborations led to published papers and broadened Pearlstein’s work beyond fluid mechanics.

“The freedom provided by Bob Kelly was highly unusual at the time and would be more or less unheard of now,” said Pearlstein, a professor of mechanical science and engineering at the University of Illinois at Urbana-Champaign. “It was a fantastic experience that I probably couldn’t have had with any other advisor, anywhere. Looking back, it is clear that Bob’s overriding objective was graduate student development for the long term.”

Kelly retired from full-time service in 2003. He received several honors for his work and service, including election as a fellow of the American Physical Society and the American Society of Mechanical Engineers.

Outside of academia, Bob Kelly enjoyed the outdoors, nature, fishing, camping, hiking, the ocean and working in his garden. He loved to travel, read books, listen to music and watch sports. One of his favorite pastimes was barbecuing, often holding summertime get-togethers at his home for students and their families. He was also an avid fan of the Bruins and Dodgers.

Kelly is survived by his wife of 57 years Karin, son Nicholas, daughter Jennifer, granddaughters Ashley, Danielle and Madison and grandson Tanner. A private memorial service will be held at a later date. The family has asked that donations in his name can be made to a UCLA program of the donor’s choice at giveto.ucla.edu.

An obituary of Kelly was also carried in the Los Angeles Times.