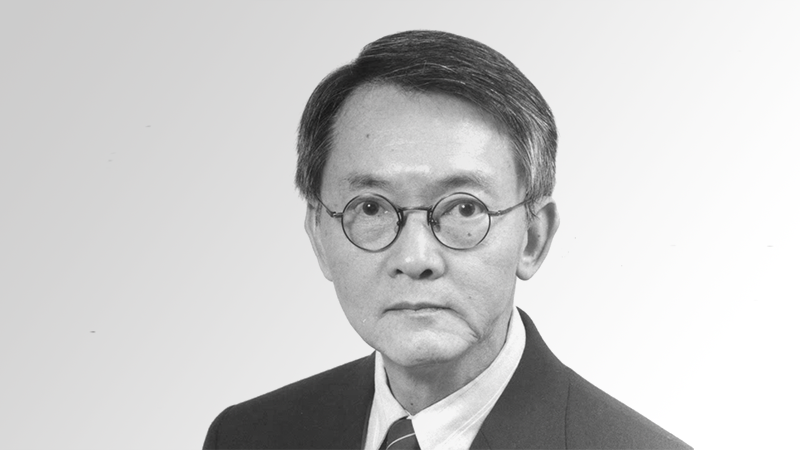 UCLA Samueli Newsroom
Nhan Levan, a UCLA professor emeritus of electrical and computer engineering, died peacefully at his home in Los Angeles on Sept. 5 with his family by his side. He was 84.

“All of us at the Electrical and Computer Engineering Department are deeply saddened by the passing of one of our founding faculty,” said C.K. Ken Yang.

“All of us at the Electrical and Computer Engineering Department are deeply saddened by the passing of one of our founding faculty,” said C.K. Ken Yang, professor and chair of the department at the UCLA Samueli School of Engineering. “Nhan Levan will always be remembered as a dedicated and enthusiastic educator, pioneering researcher and a caring colleague who was always calm and smiling.”

Levan was born in the town of Quảng Yên, Vietnam in 1936 to Bui Thi Mui and Dr. Le van Khai — director general of public health and hospitals in North Vietnam. Levan was the third oldest of eight children.

In 1954, Levan was part of the first group of exchange students to study in Australia through a scholarship program. It was on this trip that Levan first met his future wife of six decades. The couple married in Sydney and later welcomed a daughter while living in Australia. Levan earned a Bachelor of Science degree from the University of New England in New South Wales in 1960 and a Master of Science degree two years later at the University of New South Wales in Sydney. In 1966, Levan became the first student to receive a Ph.D. in electrical engineering from Monash University in Melbourne.

After earning his doctorate, Levan and his family moved to California, where his son was born. He worked briefly at Stanford University before moving to Los Angeles in 1967 and joining the UCLA faculty as an assistant professor in the Information Sciences Division of the then-College of Engineering, now UCLA Samueli. He was promoted to associate professor in 1973 and full professor six years later.

At UCLA, Levan was particularly close with the late Professor A.V. Balakrishnan, known as Bal, who played a key role in Levan’s hiring. They often met for lunch and shared intellectual interests that complemented one another. In the early 1980s, the two helped found the Electrical Engineering Department.

In the classroom, Levan quickly earned a stellar reputation among students — both for his wealth of knowledge and enthusiasm, as well as his caring approach to mentoring students.

“He had the ability to present advanced engineering system concepts in a clear manner, accompanied by many illustrative cases. And students consistently praised his teaching effectiveness and style,” said Izhak Rubin.

“Nhan’s lectures were exceptionally clear,” said longtime colleague and friend Izhak Rubin, a distinguished professor emeritus of electrical and computer engineering. “He had the ability to present advanced engineering system concepts in a clear manner, accompanied by many illustrative cases. And students consistently praised his teaching effectiveness and style.”

Levan’s research focused on advanced mathematical modeling and analysis methods of engineering systems. Among his many contributions to the school’s curricula is the development of the Electrical and Computer Engineering Department’s course on signals and systems.

Over his four-decade career at UCLA, Levan served as the advisor to 81 master’s degree graduates, 19 Ph.D. graduates and seven students who graduated with an engineer degree. He also supervised nine postdoctoral scholars and visiting scientists. Despite retiring in 2006, Levan continued teaching for several years after that.

Beyond the engineering school, Levan served as a faculty advisor to the UCLA Vietnamese Students Association for many years. He also sponsored numerous refugee families from Vietnam, helping them settle in the United States.

“Nhan was a very kind person, interacting with and helping his students and colleagues by generously contributing his time and skills,” Rubin added. “He was beloved by all.”

Levan was preceded in death by his wife and is survived by two children, a grandson and a brother.