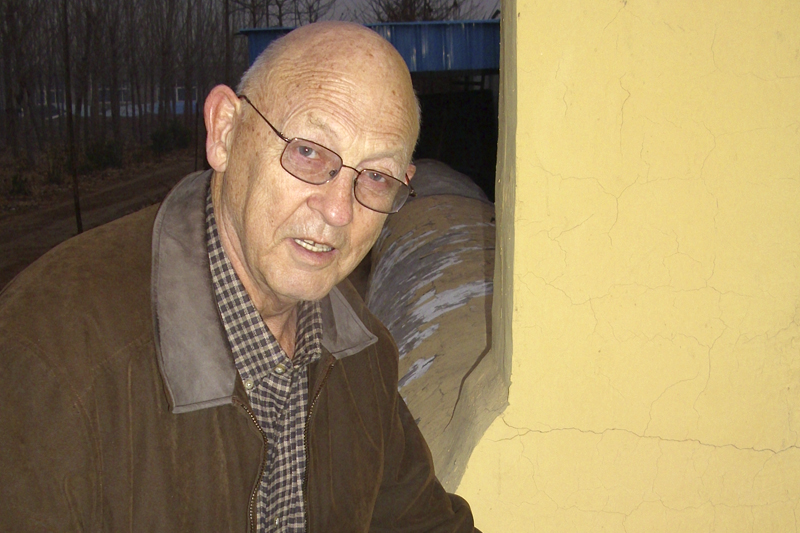 UCLA Samueli Newsroom
Ivan Catton, a distinguished professor emeritus of mechanical and aerospace engineering at the UCLA Samueli School of Engineering, died June 12 after a hard battle with ALS. He was 86. Catton, an alumnus who joined the UCLA faculty in 1967, was an internationally acclaimed scholar in the field of heat transfer.

A native Canadian born in Vancouver, British Columbia, Catton immigrated to the United States in 1943. He received his bachelor’s and doctoral degrees in engineering from UCLA in 1959 and 1966 respectively. While a doctoral student, Catton also worked at Douglas Aircraft on the second stage of the Saturn rocket — one of the earliest large hydrogen-fueled rocket systems. After earning his Ph.D., he stayed with the aerospace company briefly before joining the UCLA faculty as an assistant professor.

“Ivan Catton was an icon in the field of heat transfer, and a long-standing and highly regarded member of UCLA and the entire mechanical engineering community,” said Jayathi Murthy.

“Ivan Catton was an icon in the field of heat transfer, and a long-standing and highly regarded member of UCLA and the entire mechanical engineering community,” said Jayathi Murthy, the Ronald and Valerie Sugar Dean of UCLA Samueli, whose own research specializes in heat transfer. “He was a valued member of our faculty for decades, and will be greatly missed by his colleagues and by generations of our students who have benefitted from the breadth and depth of his knowledge.”

Catton’s original research interests were in solar energy, and early in his career at UCLA, he developed courses in atmospheric dispersion. However, the oil boycott of 1973 dramatically altered his research direction, as did the serendipitous arrival of Professor David Okrent, an eminent researcher in nuclear safety. For the next decade, Catton shifted his research interests to the application of transport phenomena (heat, mass and momentum) for the design and safety of nuclear power plants.

Catton’s research resulted in a number of applications. He was part of the Nuclear Regulatory Commission (NRC) Code Development Review Committee that led to fluid modeling being the basis for the large NRC computer codes now in use. He and his students were the first to obtain predictions of fluid-elastic instability in nuclear power plant steam generators without resorting to empirical correlations. Early predictions of the dryout of a damaged nuclear reactor core were made by Catton and fellow UCLA Engineering professor Vijay Dhir. For many years, the school’s own nuclear reactor, which was located on the first floor of Boelter Hall, was under Catton’s direction until its decommissioning in the mid-1980s.

Catton was appointed to the NRC’s Advisory Committee on Reactor Safeguards (ACRS), which is the top advisory committee in the field and the only congressionally mandated safety oversight committee of its kind. As a member of the ACRS Catton was chair of the Thermal Hydraulics Subcommittee and the Fire Safety Subcommittee.

As research opportunities in the nuclear field dwindled, Catton pivoted back to aerospace engineering, tackling leading-edge cooling problems such as those faced by the National Aero-Space Plane (NASP). He was involved in studies that explored the use of a large jet to steer the NASP and even dabbled in some research on how to deal with the impact of laser weapons on space power cooling systems. Never one to shy away from challenges, he became interested in the development of non-intrusive flight instrumentation before venturing into the area of information processing using neural nets.

In 1985, Catton began his research on volume averaging theory (VAT) as a basis for dealing with transport in heterogeneous hierarchical media. His foundational work formed the basis for optimization of heat sinks and heat exchangers.

“Ivan was an acclaimed researcher who adapted to and thrived across several areas in thermal science and engineering, including environmental engineering, and nuclear reactor thermal hydraulics and safety,” said Dhir.

“Ivan was an acclaimed researcher who adapted to and thrived across several areas in thermal science and engineering, including environmental engineering, and nuclear reactor thermal hydraulics and safety,” said Dhir, a distinguished professor of mechanical and aerospace engineering and a former dean of UCLA Engineering. He was recruited to UCLA in part by Catton. “UCLA and the larger heat transfer community have lost a true scholar, teacher and mentor of the highest order. I offer my deepest condolences to his wife Susan and the rest of his family.”

Catton retired in 2014, but remained an active figure in the Mechanical and Aerospace Engineering Department for several years. He was the advisor to more than 40 doctoral students, and published nearly 200 papers in archival journals and 250 full papers in conference proceedings.

Over a long and illustrious career, Catton received many notable honors, including the 2009 Max Jakob Memorial Award for Heat Transfer. Considered the highest honor in the field, the award is bestowed jointly by the American Society of Mechanical Engineers (ASME) and the American Institute of Chemical Engineers (AIChE). Catton was recognized for his “extensive, sustained and pioneering contributions to a wide variety of basic and applied problems in thermal science and engineering.”

He was elected as a fellow of the ASME and the American Nuclear Society, and received ASME’s Heat Transfer Memorial Award in 1981.

Catton passed away at home in Los Angeles with his wife and three sons by his side. He is survived by his wife Susan; sons Mark, Michael and Craig; daughters-in-law Kristen, Patty and Kirsti; as well as five grandchildren. Catton would have turned 87 on June 29.

A private burial service will be held for immediate family members, while a larger memorial service will be planned for later this summer. In lieu of flowers, the family asks that those wishing to honor Catton consider a donation to the Novak Zuber and Ivan Catton Library at UCLA. Contributions can be made online or by contacting Kimberlee Vander Most at kvandermost@support.ucla.edu.