HEADLINES – UCLA Samueli In The News 2014

Science
‘Bed of Nails’ Surfaces Just Won’t Get Wet
Researchers from UCLA Engineering reported that they’ve engineered glass and metal surfaces to repel virtually all fluids. To do so, they etched the surfaces to resemble a bed of nails, with the heads of the nails—each 20 micrometers across—facing up. The UCLA researchers included Chang-Jin “CJ” Kim, professor of mechanical and aerospace engineering and post-doctoral scholar Tingyi “Leo” Liu, a Ph.D. alumnus of the school. The news was also carried in: LiveScience; Yahoo! News; Fox News;  Nautilus Magazine; the Daily Mail (U.K.): Die Welt (Germany); the Daily News; Phys.org; R&D Magazine; Long Beach Press-Telegram; and the Santa Monica Mirror.

ScienceNews
Designing Robots to Help in Disasters
Dennis Hong, a UCLA roboticist, is one of several engineers racing to make robots that can come to the rescue in disasters. He and others from academia, industry, NASA’s Jet Propulsion Lab and DARPA traveled to Fukushima this spring to see what they were up against.

Physics Today
Precision Plasma Wakefield Acceleration
Accelerators based on plasmas, which can sustain electric fields orders of magnitude larger than conventional accelerators, could one day be a smaller and cheaper alternative. But the precision engineering required to accelerate particles efficiently and uniformly has been a challenge. Now UCLA’s Chandrashekhar Joshi and colleagues at the SLAC National Accelerator Laboratory have made a leap forward.

Symmetry Magazine
Scientists Progress Toward Plasma Acceleration
Scientists have proven that a technique for accelerating particles on waves of plasma is efficient enough to power a new generation of shorter, more economical particle accelerators. UCLA Engineering’s Chan Joshi led the team that developed the plasma source used in the experiment. Computer simulations used in the experiments were developed by Warren Mori’s group at UCLA. News on the research, which was published in Nature, was also carried in Science; The Conversation (U.K.); Scientific American; and ArsTechnica.

The Christian Science Monitor
Virgin Galactic and Antares Crashes: What Now for Commercial Space Efforts?
“I don’t think this spells doom for so-called commercial space,” said Ann Karagozian, professor of mechanical and aerospace engineering at UCLA. “Many different companies are developing concepts that are experiencing a lot of success.” Karagozian was also quoted on the topic in The Verge.

Marketplace radio
A Surprising Contributor to Climate Change: Concrete
Making concrete takes a ton of energy. As much as 10 percent of global carbon dioxide emissions come from the production of concrete. So scientists and engineers are looking to reduce its environmental impact. Mathieu Bauchy, UCLA assistant professor of civil and environmental engineering, and student Gabe Falzoni are featured.

KPCC 89.3 FM
Secret Trails Near Downtown L.A. Require Smart Phone to Find Them
Excessive screen time with electronic devices is the bane of many parents who wish their kids would spend more time in the fresh air and sunshine. A new website, developed at UCLA’s Interpretive Media Laboratory, is embracing mobile technology as a way of encouraging people to get out and explore urban Los Angeles.

Physics
Water-Repelling Surfaces Made Stable
Superhydrophobic surfaces, like those on certain water bugs, repel water by trapping air between tiny protrusions. Engineers are looking at superhydrophobic coatings as a way to reduce drag in pipes and on boats. However, in most lab tests, the trapped air escapes within an hour. Chang-Jin “CJ” Kim and his graduate students at UCLA, wanted to see if artificial superhydrophobes could be made more stable.

The New York Times
Probing Brain’s Depth, Trying to Aid Memory
The Department of Defense announced a $40 million investment in what has become the fastest-moving branch of neuroscience: direct brain recording. Two centers, one at UCLA, the other the University of Pennsylvania, won contracts to develop brain implants for memory deficits.
The news was also carried on ABC News; in the Los Angeles Times; FastCompany; and Smithsonian Magazine.

Politico
Morning Cybersecurity Briefing
The National Science Foundation announced two major awards to projects, part of its ongoing $74.5 million Secure and Trustworthy Cyberspace program. The first will help establish a Center for Encrypted Functionalities at UCLA, which intends to develop new encryption methods to make software functions “invisible to an outside observer, while preserving its functionality.
The news was also carried in PhysOrg; Campus Technology; RedOrbit; and Scientific Computing.

Gigaom
What is Project RoseLine? (podcast)
Timing is everything, and getting both the time right and making sure it stays synchronized across unreliable networks for the Internet of Things is the key challenge behind a recent NSF grant. The grant’s principal investigator, Mani Srivastava, professor of electrical engineering and computer science, is featured in this podcast. The news on RoseLine was also carried in Campus Technology and New Electronics (U.K.).

Zócalo Public Square
Could Drinking Seawater Be Good For Us?
Yoram Cohen, UCLA professor of chemical and biomolecular engineering, authored a column in Zócalo Public Square on how desalination of seawater and brackish water is an under-utilized resource in the United States, including California, which is currently undergoing a historic drought. Reverse osmosis membrane technology will continue to be improved and prices will drop accordingly, he wrote.

The Atlantic
Computers See Your Face as a Child. Will They Recognize You as an Adult?
As facial recognition systems improve, they will get better at identifying people at different ages, even very young children. UCLA computer science professor Stefano Soatto, who specializes in computer vision, is featured.

Smithsonian Magazine
Technology That Can Turn Your Smartphone into a Personal Doctor
“The tricorder-like devices in the UCLA engineering labs of Aydogan Ozcan don’t purr. Nor do they cause the shoulder strain of the cassette recorder-size clunkers of Trekkie lore. But in other respects, they’re the closest thing yet to the real McCoy.”

Wired
Holodecks, Satellites and Semantic Web: Five Innovators Foresee the Network’s Global Future
“I hope whatever form it takes, (the Internet) continues to exhibit the original values we established in its earliest years… However, I do fear and worry that we are already seeing trends toward certain governments controlling Internet access, conflicts between privacy and security, content and pricing control by a few large players, and more.” – Leonard Kleinrock, UCLA distinguished professor of computer science, writing in Wired.

Boston Globe
Building a Robot Firefighter
Before the year is out, the Navy will start a fire on one of its ships and send in a robot to put it out. Dennis Hong, who recently joined UCLA’s Mechanical and Aerospace Engineering Department, is one of the designers of the robot, which is named Shipboard Autonomous Firefighting Robot, or SAFFiR.
The news was also carried in Salon and Discovery News.

The Scientist
Fighting Cancer with Nanomedicine
Dean Ho, professor of oral biology, medicine and bioengineering and co-director of the Jane and Jerry Weintraub Center for Reconstructive Biotechnology authored a column in The Scientist on the versatility of cancer nanomedicines. Ho’s research on contact lenses embedded with therapeutic nanodiamonds was highlighted in another article in The Scientist.

United Press International
Turning Google Glass Into Medical Lab
The development by UCLA engineers, led by Aydogan Ozcan, Chancellor’s Professor of Electrical Engineering and Bioengineering, of an app for Google Glass that allows users to photograph and upload images of medical diagnostic tests for quick analysis was highlighted by United Press International. The news was also carried by KABC-7 and RedOrbit.

Contra Costa Times
Reducing the Risk of Earthquake Collapse in California Cities
Jonathan P. Stewart, professor and chair of the Civil and Environmental Engineering Department, was a co-author of an op-ed that appeared in the Contra Costa Times, on a NSF-funded study of concrete buildings vulnerable in an earthquake.

ReadWrite
Broadcom’s Henry Samueli: Don’t Get Into Tech For The Money—It’s Way Too Hard
The tech news site interviews Broadcom Corp. co-founder Henry Samueli, a distinguished UCLA alumnus and namesake of the engineering school, on he how got started and how he helped usher in some now-mainstream communication technologies. Samueli also addressed the future direction of communication technologies. 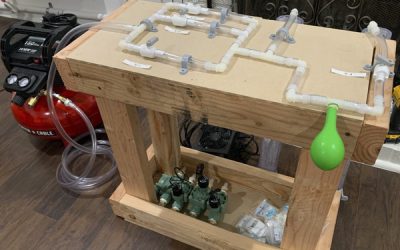 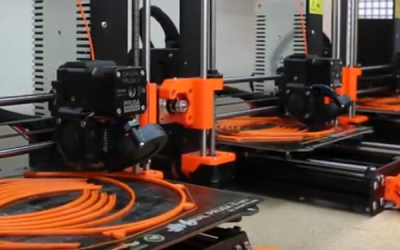 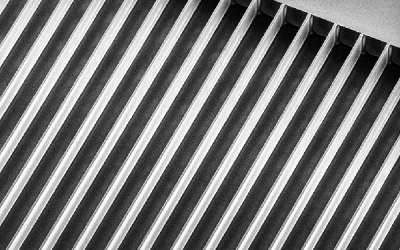 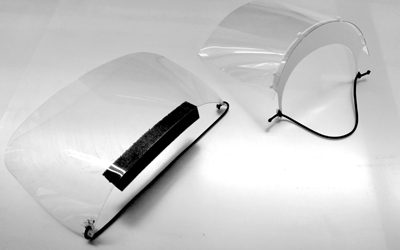 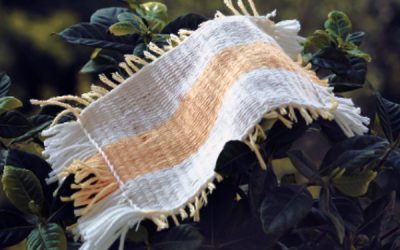 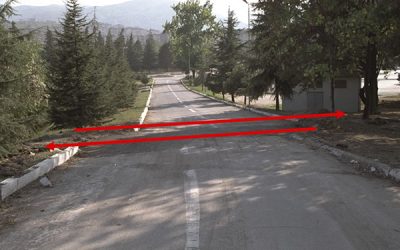