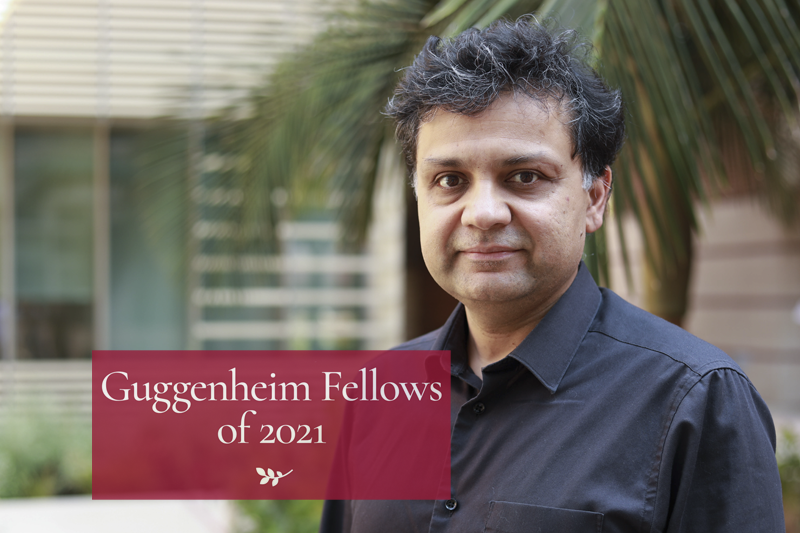 By UCLA Samueli Newsroom
Suhas Diggavi, a professor of the Electrical and Computer Engineering Department at UCLA, has been awarded a 2021 Simon Guggenheim Fellowship, among the most prestigious honors that can be bestowed upon scholars, artists and writers.

With eight awardees, UCLA led all academic institutions in the number of fellowships received from the John Simon Guggenheim Memorial Foundation. Across a wide spectrum of disciplines, the fellowships recognize “individuals who have already demonstrated exceptional capacity for productive scholarship or exceptional creative ability in the arts.” Diggavi is only one of two engineers selected among the 184 new American and Canadian fellows.

Diggavi will use his Guggenheim Fellowship to conduct research on Neuronal Network Information Flow, with a goal to understand information flow in learning networks. Such learning networks can be seen in both engineered and biological systems. He plans to study capabilities of the learning systems using information theory and developing algorithms with mathematically provable guarantees.

Former United States Senator and Mrs. Simon Guggenheim established the fellowships in 1925 in memory of their son John Simon Guggenheim. Fellowships are awarded through two annual competitions with approximately 3,000 applicants. A rigorous review process undertaken by former Guggenheim Fellows followed by the selection committee recommendations and a final board approval determine the outcome of the fellowships.