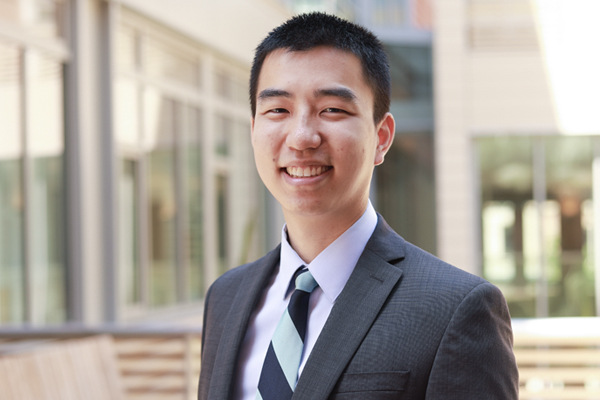 Jonathan Kao, an assistant professor of electrical and computer engineering at the UCLA Samueli School of Engineering has received a Director’s New Innovator Award from the National Institutes of Health.

The NIH announced the award, which includes a five-year, $2.34 million grant to support Kao’s research on accelerating the development of technologies for brain-machine interfaces, which could help people who are paralyzed regain a sense of control and independence.

More than five million people in the U.S. — nearly one in every 50 individuals — live with a form of paralysis. They have not only lost the ability to move, but also their profound sense of control, freedom and independence. Brain-machine interfaces (BMIs) aim to restore their ability to communicate with the world by translating the brain’s neural signals into actions. BMIs decode these signals into the movements of a computer cursor on a screen or a robotic arm, allowing the user to interact with the world autonomously. Research on BMIs has been conducted for two decades, but the systems have not been widely used. A key reason is that BMIs have not achieved levels of performance that overcome their costs and risks.

Kao aims to develop a next generation of what he calls AI-BMIs, which will harness artificial intelligence (AI) to greatly enhance their performance. This novel AI would work cooperatively with the user, predicting the user’s intended movements and helping to complete them. Kao anticipates this synergistic AI will significantly increase BMI performance, potentially overcoming their costs and risks to enable widespread use.

Established by NIH in 2007 as part of NIH Common Fund’s High-Risk, High-Reward Research Program, the New Innovator Award supports unusually innovative research from early career investigators who are within 10 years of receiving their final degree or clinical residency and have not previously received a research project grant or equivalent NIH grant.

Kao joined UCLA Samueli in 2017, where he directs the Neural Computation and Engineering Laboratory. He is also a faculty member in the UCLA Neuroscience Interdepartmental Program at the David Geffen School of Medicine. Kao is the sixth UCLA Samueli faculty member to receive the award.

In September, Kao received a CAREER Award from the National Science Foundation, with $575,000 to support his research in using deep learning, a type of artificial intelligence, to understand how the brain functions. He also received a Brain & Behavior Research Foundation Young Investigator Grant and a Hellman Fellowship.