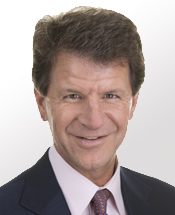 Jim Harger has been involved in the natural gas business for over 30 years – the majority of which has been dedicated to marketing Natural Gas Vehicles and building fueling stations. In 1997, after 14 years of service at Southern California Gas Company, he left the utility to join Pickens Fuel Corp., the predecessor to Clean Energy, as Vice President of Marketing. He was the company’s second employee.

While at Clean Energy, Jim pioneered the world’s first deployment of compressed natural gas (CNG) powered refuse trucks with Waste Management in Palm Desert, California, including fueling the fleet while parked overnight. This strategy became the industry model and is still practiced today. In parallel, he and his team convinced more than two dozen of the nation’s largest airports to use CNG for airside and contract fleets, including taxis and shuttles, as a means to mitigate emissions so additional runways and terminals could be built with no additional environmental impact. Jim also led the company’s entrance into the liquefied natural gas (LNG) business with Tempe Transit in 1999 and later convinced Freightliner and Kenworth to build the world’s first LNG heavy duty tractors that served the Ports of Los Angeles and Long Beach. Over the next few years, the company went public and raised sufficient capital to commission the first LNG plant in California and begin building a nationwide network of CNG and LNG stations that allowed heavy-duty trucks to move goods throughout most of the Continental U.S. Over 150 stations are now in operation, including a large percentage at Pilot Flying J’s Travel Centers, the nation’s largest truck stop operator in North America.

At the conclusion of 2014, Jim retired as the company’s Chief Marketing Officer but remained on staff as the CEO’s Senior Advisor. Today, he collaborates with shippers, for-hire carriers and private fleets in their transition to adopting natural gas trucks in their supply chains and operations. He has seen the company grow from $1 million in revenue in 1997 to nearly $400 million in 2015. In May 2007, he assisted in Clean Energy’s (NASDAQ: CLNE) successful IPO which raised $120 million. In 2016, Jim joined the Board of Directors at American Power Group (OTC: APGI) and the Dean of Engineering’s Executive Board at his alma mater. He earned a Bachelor of Science Degree in Civil Engineering from UCLA and a Masters Degree in Business Administration from Pepperdine University.