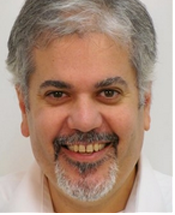 Thomas Williams is a VP of Engineering for Google and leads Google’s Los Angeles campus.

Thomas, who joined Google in 2006, is tasked with the growth and development of a number of software teams in Los Angeles, Seattle, San Francisco and Mountain View. His teams, for example, have built projects like Google’s Video Search, YouTube’s skippable Ads, and core Google machine learning, classification, and measurement infrastructures. Under his tenure, the Los Angeles campus has grown to roughly a thousand Googlers working on a diverse set of products, such as Chrome, YouTube, Photos, Google Search, Quantum Computing, Computer Vision, Virtual Reality and, Display and Video Ads.

Thomas joined Google with more than 20 years of experience with some of the most innovative technology companies in their industries, building an Academy Award winning division at Industrial Light and Magic, working on the RenderMan software at Pixar, and leading the Maya project at Alias Wavefront, and a number of startups.

Thomas graduated with a Computer Science degree from Villanova University where he wrote the early open source program called Gnuplot. Gnuplot is still in common use today, many years later (it still finds occasional use to visualize data at Google). A New Jersey native he’s spent most of his career in Silicon Valley and Los Angeles.