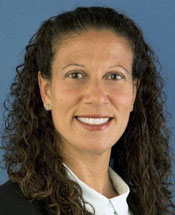 Newsha has over 20 years of experience in the petroleum industry, spanning Technical, Operations, and Commercial areas of the downstream business. She began her career at ARCO’s Engineering & Technology Center in Anaheim, CA in 1994, following graduation with a Bachelor’s Degree in Chemical Engineering from UCLA. During her first 7 years with ARCO, she has held a variety of process engineering positions including Lead Process Design Engineer for a major Crude Unit expansion project at ARCO’s Cherry Point refinery and Oil Movements/ Wastewater Process Engineer at the Carson Refinery. Her experience in Oil Movements led to the role of Gasoline Volumetric Planner at the Carson Refinery. In that role, Newsha gained exposure to Economics and Planning, which sparked her interest in the Commercial side of the business. This eventually led to her decision to pursue her MBA, which she obtained from the FEMBA program at UCLA in 2001.

In 2001, following BP’s acquisition of ARCO, Newsha continued to pursue her interest in the Commercial side of the business by moving into BP’s Supply and Trading team in Los Angeles. Over the next 7 years, she held several roles, including Gasoline Supply Coordinator, Lead Market Analyst, and Refining Supply Manager for BP’s West Coast downstream business. During that time, she also spent a year in the Central Refining Team in London, where she led a business integration study for Refining & Marketing and also provided support for the Mergers & Acquisitions group, specifically related to the divestment of two of BP’s European refineries.

In 2008, began yet another transition, this time from the Commercial side of the business and into Operations. Newsha returned to BP’s Carson Refinery, where she took on the role of Operations Superintendent at FCC/Steam Plant complex. For the next five years, she successfully led the operations of a 100 kbd FCC unit and associated operations, managing nearly 50 employees and providing leadership and guidance which ensured safe, reliable operations.

In 2013, shortly following the Tesoro acquisition of BP’s Carson refinery and merger with their Wilmington refinery, Newsha moved into the role Technical Services Manager for the entire site. In this role, she led a department of 75 engineers and specialists focused on all aspects of process engineering, design, and controls and automation for refinery operations. Newsha’s primary focus was developing a solid engineer recruiting program, a rotational development program for new engineers, and training and development opportunities to ensure the success and advancement of engineering talent within Tesoro’s Refining system. She held this role until mid-March 2016, when she moved into her current role as Operations Manager.